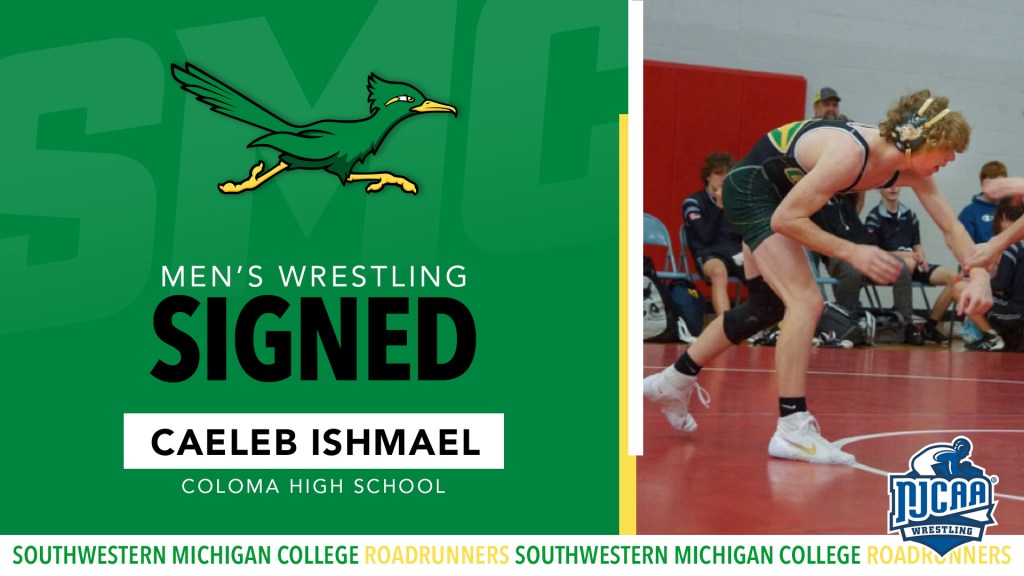 Ishmael started wrestling at the age of four, competing with various clubs including MI West Wrestling, and he was a multiple MYWAY state placer. He has a current career record of 150-27. Ishmael earned fourth place and was named All-State as a freshman wrestler, then qualified for the state meet as a sophomore. Last year, he was an MHSAA Division 3 state runner-up, and he is seeking a state title this year to finish out his senior season.

“Caeleb is a hard worker, raising the level of competition in and out of the wrestling room,” said Coloma Head Coach Tim Ishmael. “I’m looking forward to watching his success at the next level.”

Hesson added, “Caeleb is a well-coached, hard-nosed competitor. He has experience at the state and national levels and will bring a lot of intensity to the SMC wrestling room.”