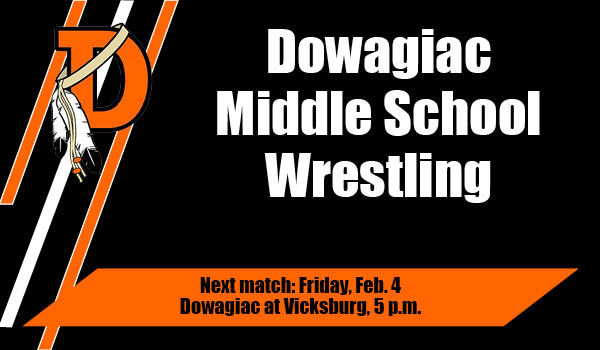 DOWAGIAC — The Dowagiac Middle School wrestling team placed eight out of the 14 wrestlers who competed in an invitational at Galesburg Jan. 22.

Dowagiac hosted Niles and Otsego Jan. 27, where it won nine out of 10 matches against the Bulldogs and six out of 10 against the Vikings.

“We continue to improve every match,” Crawley said. “That’s all we can ask for.”

Dowagiac returns to action Friday when it travels to Vicksburg.