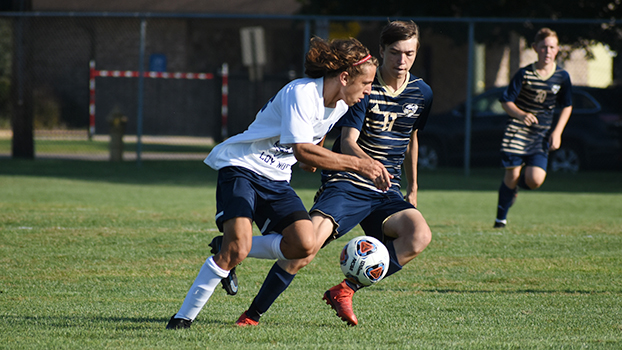 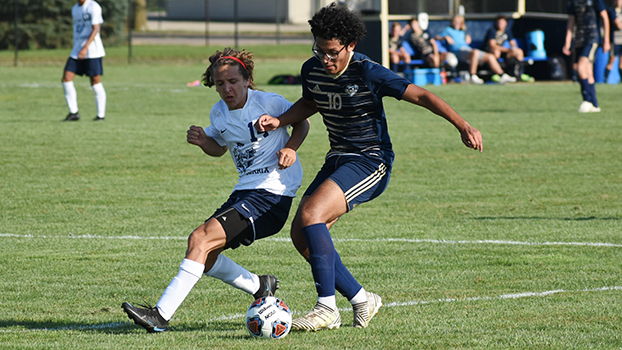 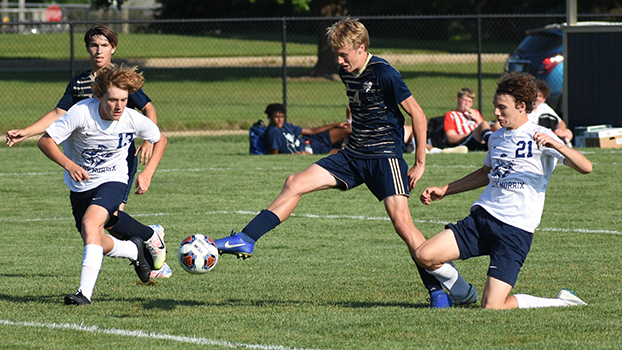 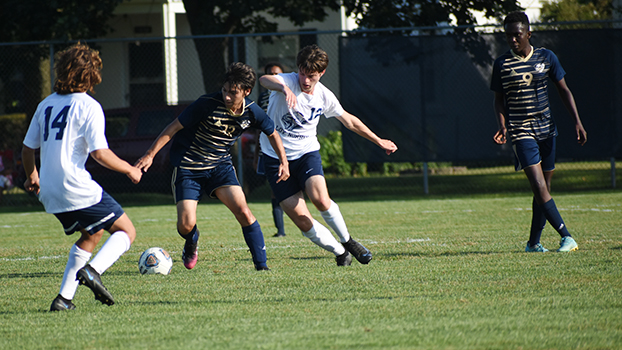 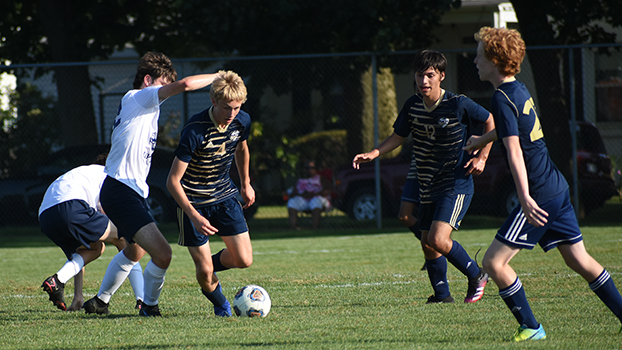 The Knights scored early and often in the first half before the Vikings could regroup at halftime.

“It took us a whole first half before we settled down,” said Niles Coach Able Fonseca. “We lost a very good defensive back [in the first half] that hurt us on defense, so we had to make changes in personnel until we found our group again. The second half, we moved some players around and settled down to the speed of the game.”

A bright spot for Niles was the play of goalkeeper Antwon Whitelow, who had 15 saves.

“We had a fabulous save on a penalty kick by Antwon Whitelow to hype us up and finish strong,” Fonseca said. “We only gave up two goals in the second half, so even though we didn’t get the victory, we played hard all the way till the end.”

Fonseca was happy to see his team get the top ranking in Division 2 from the Michigan High School Soccer Coaches Association.

“It’s nice we were ranked like that, but I try keeping them humble by focusing on the game in front of us,” he said. “We just need to play like we can and focus on being there at the end of the season. The boys couldn’t believe it. They were excited, but we didn’t play up to the hype of the ranking. So, we will grow from this and focus on playing up to the hype.”