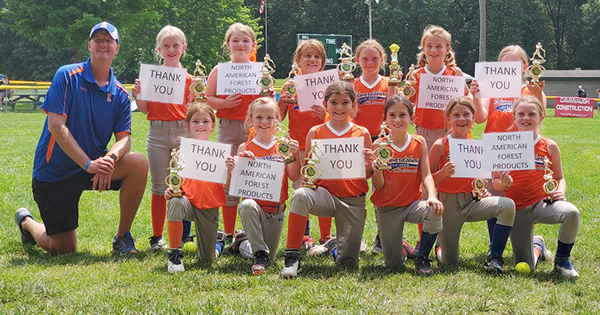 The All-Stars had to play three games on both Saturday and Sunday. Edwardsburg went 2-1 on Saturday to get the No. 2 seed for Sunday’s single elimination bracket play.

Edwardsburg won its first two games on Sunday to advance to the championship game against Midwest Pride, the only travel softball team in the tournament, out of Granger, Indiana.

Midwest Pride was the only team to beat Edwardsburg in the tournament.

The All-Stars were sponsored by North American Forest Products of Edwardsburg, which covered the cost of the tournament.