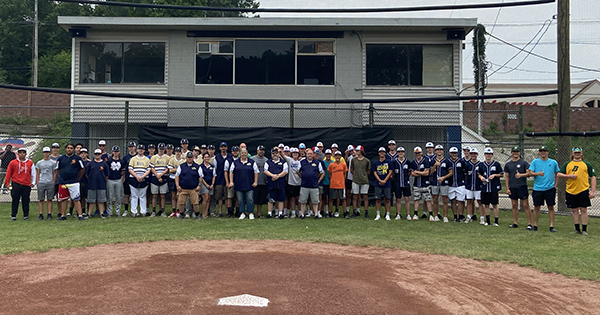 NILES — It took an extra year, but Niles is finally getting a chance to host a Little League State Tournament at Thomas Memorial Stadium beginning Thursday morning.

Local Little League teams usually have to travel to other areas of Michigan to compete in a state tournament. Niles was supposed to play host to the event last year, but COVID-19 put a halt to Little League Baseball.

Fortunately, state officials decided to freeze the list of cities set to host a state tournament, which meant Niles remained at the top of the list according to Pepper Miller of Greater Niles Little League/Thomas Stadium.

“We have been patiently waiting our turn,” Miller said. “We were supposed to have it last year, but COVID hit. We didn’t think we were going to get it, but they froze where everybody was supposed to be and we got it.”

The tournament will open with Melvindale (District 5) taking on Saginaw South Township (District 14) at 9 a.m. The second game of the day will pit Midland NE (District 1) against Southern (District 9) at approximately noon.

In the afternoon session, Macomb Township (District 6) will take on Ishpeming (District 11) in the 3 p.m. contest.

Games in the double-elimination tournament will resume at 9 a.m. and noon Friday in the consolation bracket. Those games will be followed by the second-round games in the championship bracket at 3 and 6 p.m.

The championship quarterfinals are scheduled for 3 p.m. Friday, while the consolation semifinals will be at 6 p.m. Friday.

If a second championship game is needed, it will be played at 6 p.m. Saturday.

Thursday night at Thomas Stadium, the teams competing in the Senior State Tournament had a two-hour meet-and-greet, which included dinner.

On Saturday, Greater Niles Little League/Thomas Stadium will host a corn and sausage roast fundraiser, which is open to the public. There will also be pulled pork until it is gone. Further details are available at Thomas Stadium. No outside food and drink are permitted during the tournament.

Miller said that the district champion from Marquette came the furthest to play as it traveled 11 hours to get to Niles. She also noted that fans of baseball should come out and support these teams.

She would also like people to see what renovations have already been done to Thomas Stadium.

“If people would like to see some great baseball played they should come check out this tournament and help support Thomas Stadium,” she said.

The team is coached by Kerry Wright, Mike Dye and Jon Veach.

SISTER LAKES — A new business is gearing up to offer the splendors of Sister Lakes to vacationers from all... read more