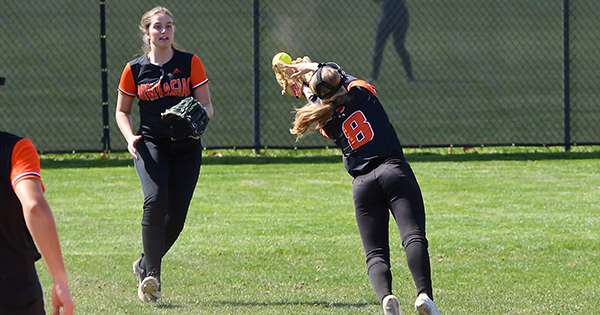 DOWAGIAC — Both Niles and host Dowagiac were 2-1 at the Chieftain Invitational Softball Tournament on Saturday.

The Chieftains dropped their opening game to Hartford 6-1, but rebounded to defeat Kalamazoo Central 7-6 and previously undefeated Berrien Springs 10-3.

“Our day started on a sour note but ended well with two victories,” said Dowagiac Coach Mike Behnke. “Against Hartford, we just didn’t have good at-bats with runners on base. We had multiple runners on base in every inning except the seventh and just couldn’t score. Against Kalamazoo Central, we put balls in play, and they made mistakes that we took advantage of, and we really fought hard to walk off with four runs in the bottom of the seventh. The bottom of our order came through with Riley Mott singling to get us started, and then the top of the order did their job.”

“Against Berrien, we did what we should have against their backup pitchers,” he said. “We hit them hard, scored early and put pressure on them with runners on the basepaths the whole game. I was most proud of our defense on the day. Calley Ruff made at least three amazing plays diving for balls and getting outs, and the rest of the team was diving and giving great effort on tough plays and making the routine plays.”

Against Hartford, Dowagiac finished with eight hits, including a double and triple by freshman Aubrey Busby. Kimi Beattie and Caleigh Wimberley added doubles.

The Chieftains collected seven hits against the Maroon Giants, including triples by Ruff and Anna Dobberstein, and doubles from Wimberley and Busby. Sierra Carpenter picked up the win.

Dowagiac exploded for 13 hits against Berrien Springs. Busby had a double and a home run, while Beattie, Dobberstein and Wimberly all added doubles.

Carpenter picked up the win in relief.

Taylor Young and Alexis Rauch both doubled, as Niles banged out seven hits in its opening game against Berrien Springs. Liv Johnson took the loss.

Against the Panthers, Niles had 17 hits, including a double and a home run by Rauch and doubles by Hannah Northcutt and Ashlynn Wilken. Johnson was the winning pitcher.

Niles had 14 hits against the Red Wolves.

Rauch had a double for the Vikings. Johnson earned the win in relief. 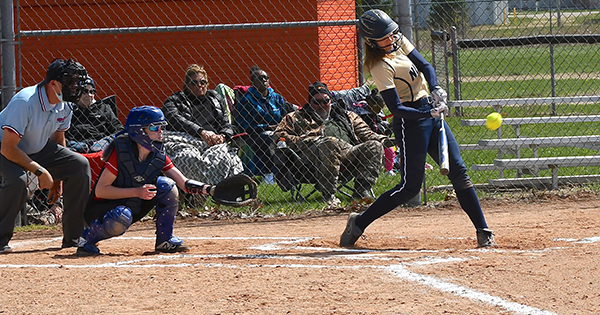 SOUTHWEST MICHIGAN — As of Tuesday, Berrien County reported 12,787 COVID-19 cases and 240 deaths, according to the Michigan Department... read more