EAST LANSING — Already recognized for his leadership as a coach and administrator, Saginaw’s Hugh Matson made lasting impacts on Michigan high school sports serving those duties over a career stretching four decades.

More than 20 years after retiring from that work, Matson’s contributions to school sports continue in another key role, and he has been selected as this year’s honoree for the Michigan High School Athletic Association’s Vern L. Norris Award as he celebrates his 50th school year as an MHSAA-registered contest official. 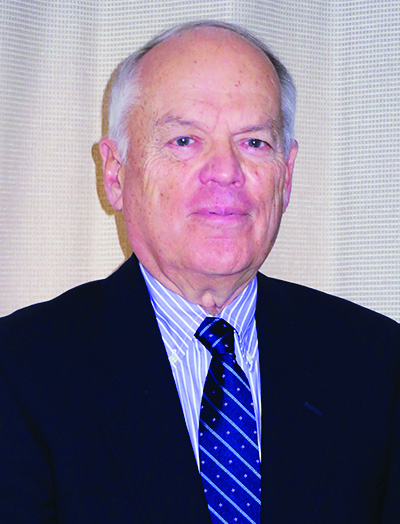 The Norris Award is presented annually to a veteran official who has been active in a local officials’ association, has mentored other officials and has been involved in officials’ education. The award is named for Vern L. Norris. He served as executive director of the MHSAA from 1978-86 and was well-respected by officials on the state and national levels.

Matson is the second honoree in MHSAA history to receive both the Norris and Charles E. Forsythe Award. The latter presented to Matson in 2015 for his overall contributions to interscholastic athletics. Matson joined Kalamazoo’s Blake Hagman, who received the Norris Award in 1998 and the Forsythe Award in 2000.

Matson was to be honored with his Norris Award this month at the MHSAA’s 41st Officials’ Awards & Alumni Banquet. However, the banquet was canceled due to safety concerns because of COVID-19, and he instead will be invited to accept his award formally at the 2021 banquet.

His career in education began when Matson took his first teaching job in 1957, at Mattawan. He then moved to Saginaw Township Community Schools, teaching and coaching at Saginaw MacArthur High School from 1962-71 and Saginaw Eisenhower from 1971-88. Matson served as head varsity football and track and field coach at Mattawan and as head track and field coach at both MacArthur and Eisenhower and as an assistant football coach at both schools.

“When I started, I knew I wanted to be a coach; I didn’t know for sure if I wanted to be a teacher. But I found out teaching and coaching are really the same thing, and I enjoyed the teaching as much as the coaching. Then I found out that officiating is much the same,” Matson said. “I enjoy the kids. One of the things that warms my heart is when a kid will come up and say, ‘Thanks for officiating.’ Officiating is all just part of working with kids as I did as a coach and as I did as a teacher.”

Matson has been a member of the Association of Track Officials of Michigan since 1993 and received its 2009-10 Art Jevert/Bruce Jacobs Distinguished Service Award. He also received the Chuck Wheeker Volunteer of the Year Award from Saginaw Valley State University track and field in 2012 and the USA Track & Field National Officials Committee Outstanding Service Award in 2014. He received designation as a Certified Master-level starter by USATF in 2000.

He has served as a volunteer track starter for SVSU and as a volunteer official for middle and high school meets as part of the Michigan Indoor Track Series, both since 1997.

“The same attributes that made Hugh Matson a beloved teacher, coach and athletic director have made him beloved to the officiating community as well,” said MHSAA Executive Director Mark Uyl. “His selflessness and dedication continues to shine through in his mentorship of officials, as well as athletes and coaches, and his guidance and insights continue to benefit the track and field and cross country communities statewide.”

Matson graduated from Newaygo High School in 1953, having earned 13 varsity letters over four sports – football, basketball, baseball and track. He received his bachelor’s degree in physical education with minors in English and history in 1957 from Western Michigan University.

He taught English and history at Mattawan, and then English and physical education during his three tenures as part of Saginaw Township Community Schools. Matson remains an active member of First Congregational Church in Saginaw, having served as an usher for more than 50 years, as a board member and as part of a breakfast club serving local homeless.

Previous recipients of the Norris Award are:

Two miles of M-60 to be resurfaced by MDOT