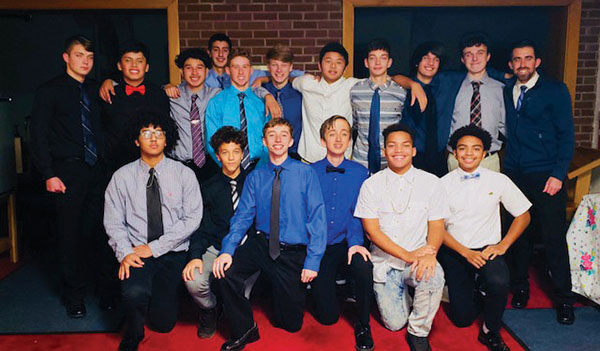 CASSOPOLIS — For the first time in school history, seniors Lane Francis, Jeremy King and Niklas Dittman led the Cassopolis soccer program to a winning record over their four-year career.

“We are thankful for their hard work and dedication to our program,” said Cassopolis coach Austin Francis. “They are not just good soccer players, but also great young men. We also thank all of the fans, parents, volunteers, athletic director, grounds crew, bus drivers, Cassopolis administration and everyone that helps to make Cassopolis soccer a success. It’s a real fun time to be a Ranger.”

The senior class was among those honored recently as the Cassopolis soccer banquet.

Awards were handed out for all-conference, district and state, as well as team awards that were voted upon by the players.

Jason Sopaseuth was named Most Improved Player and Francis was selected as the Most Valuable Player.