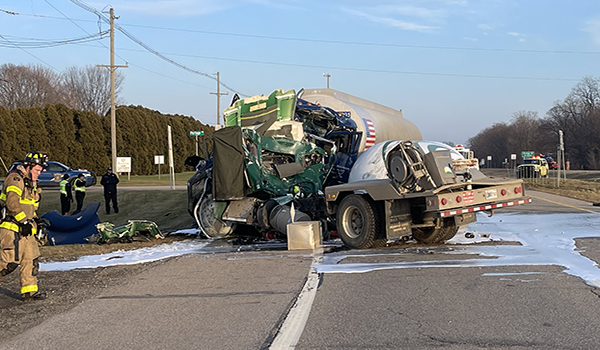 BERTRAND TOWNSHIP — A crash involving two semi trucks in Bertrand Township has been confirmed to be fatal, according to Michigan State Police.

The MSP responded to reports of a two-semi crash involving a LP hauler and a  gasoline hauler on US 12 and Portage Road, Bertrand Township. One of the semis was leaking liquid propane which has been contained. However, crews are remaining on scene investigating and cleaning up the site. Troopers urge commuters to continue avoiding the area until further notice.

More information will be coming soon.