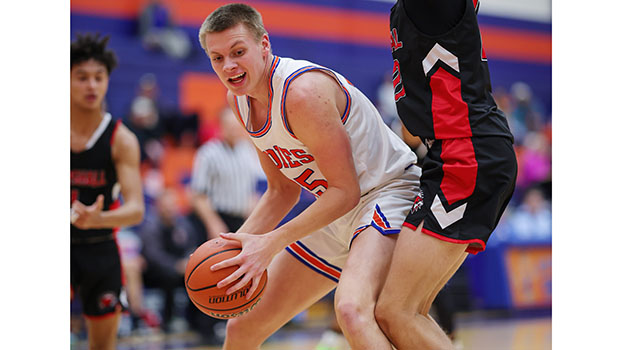 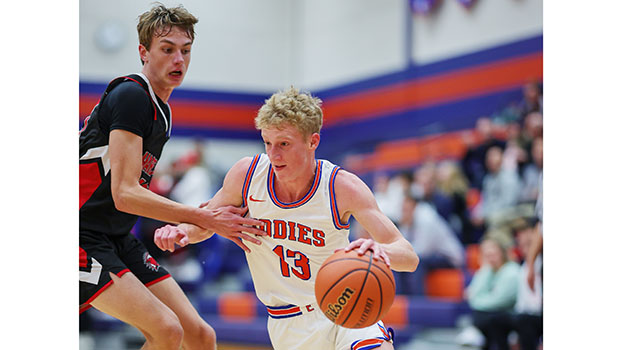 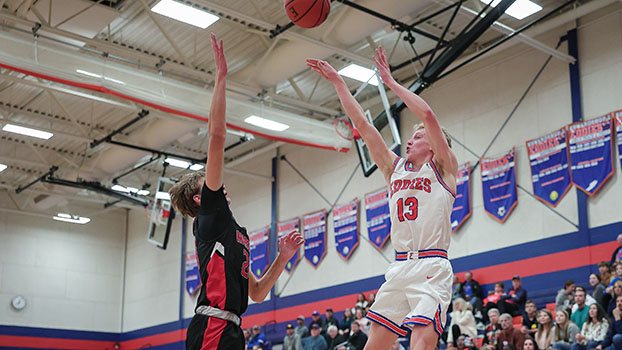 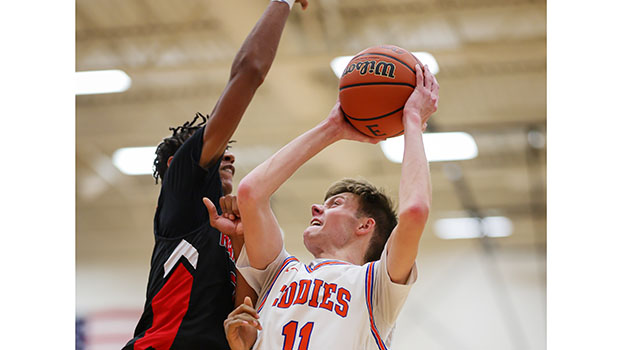 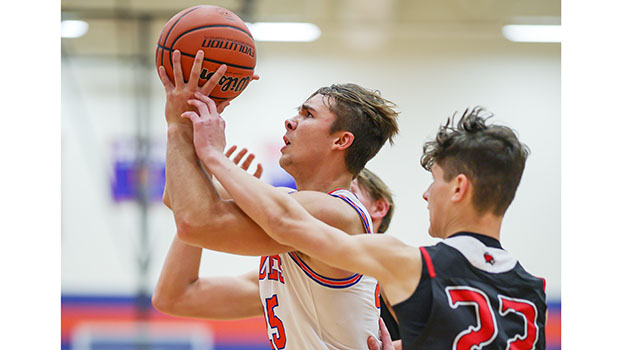 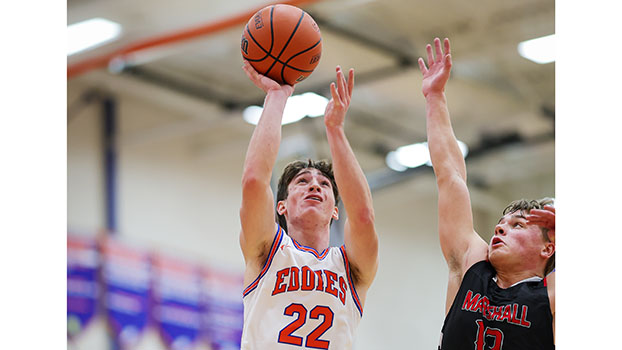 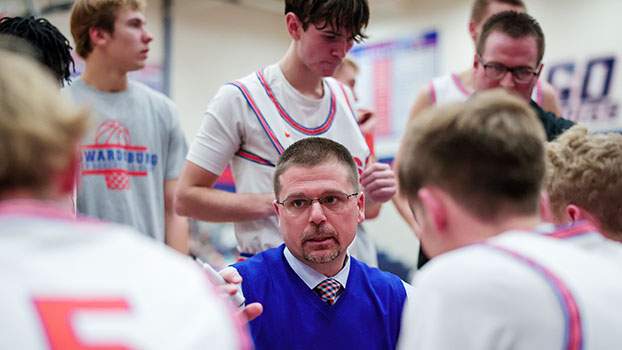 Edwardsburg head coach Steve Wright encourages his team during a timeout in the game with Marshall. (Leader photo/JEFF DOUGLAS) 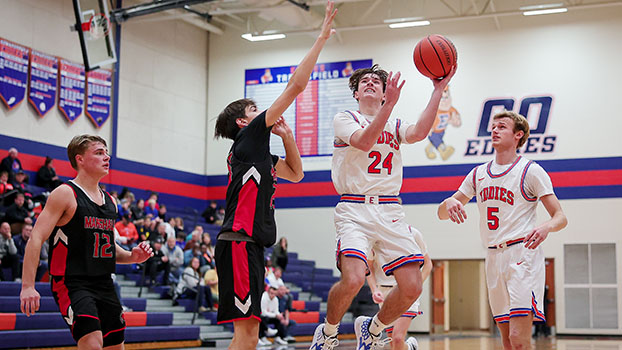 The Wildcats nearly erased a 10-point halftime lead, but came up short in a 58-52 non-conference loss to the Rangers and Coach CJ Supercynski.

Three Rivers cut the lead to seven points, 44-37, by the end of the third quarter and continued to whittle away at the Rangers’ lead throughout the fourth quarter.

Cassopolis came up with a couple of defensive stops and scored easy baskets off of Wildcat turnovers to hang on for the win.

“I was happy with how the guys were able to come out swinging” Supercynski said. “I felt that we were ready for the task ahead and the kids responded well from minute one. In the first half, we truly got after it, played good defense and progressed through the offense well. Second half we let it slip away a bit but the kids did an excellent job locking in and refocusing and making sure we achieved our goal of a victory.”

The Rangers return to the court Tuesday as they travel to Bangor to open its Southwest 10 Conference schedule.

“Marshall was a very athletic and physical team,” said Edwardsburg Coach Stephen Wright said. They beat us on the boards and in the paint. We are a working progress. I think we have enormous potential, but it will take some time with our youth and inexperience.”

Josh Pugh had a game-high 16 points for the Redhawks, who also got 13 points from Austin Miller.

Edwardsburg will get back to work against Three Rivers, which was defeated by Cassopolis 58-52 Tuesday night, as the teams open up their Wolverine Conference campaign.

A young and inexperienced Dowagiac basketball team was no match for host Watervliet Monday night.

The Panthers poured in 30 points in the opening quarter, while holding the Chieftains to 12 points, on their way to a 75-36 non-conference victory.

Dowagiac (0-1) was led by Lamone Moore Jr. and Josh Winchester-Jones, both of whom scored nine points.