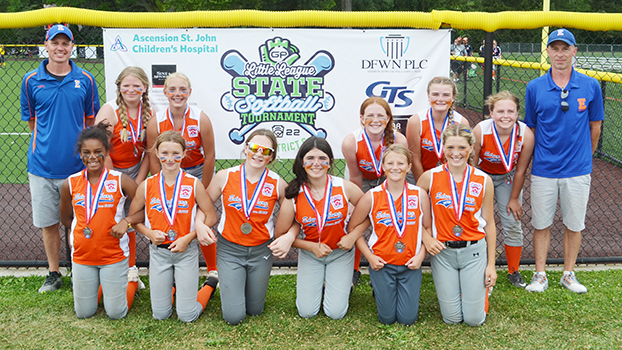 Edwardsburg earned a spot in the state tournament, which started Saturday and is being hosted by Grosse Pointe, by winning the District 15 title recently.

Edwardsburg was defeated by Gladstone 10-8 in its first game, but rebounded to defeat Bay County 22-6 and Jackson Southwest 9-8 in walk-off style in its three games over the course of three days.

“The community rallied behind these girls and supported them with a great turnout at a carwash prior to their departure to the Detroit area,” said Edwardsburg Coach Shane Shidler. “The fundraiser helped them generate approximately $3,000 to help offset costs for the families.”

Clare advanced to the championship game, scheduled for Wednesday afternoon. It will face either Grosse Pointe or Hudsonville in the title game.