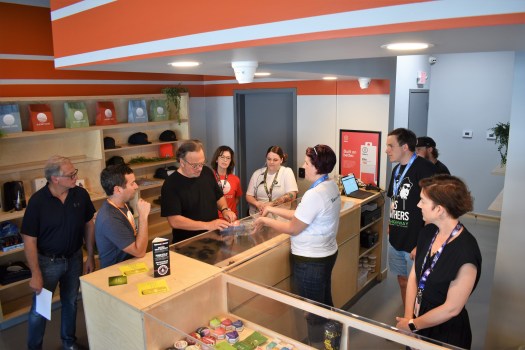 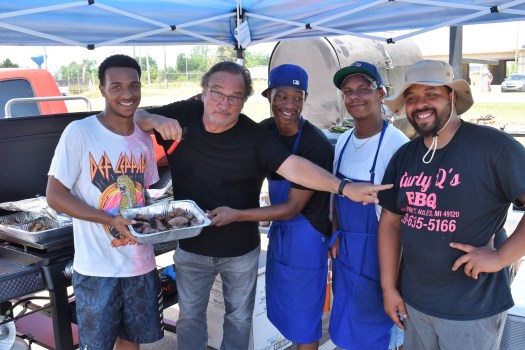 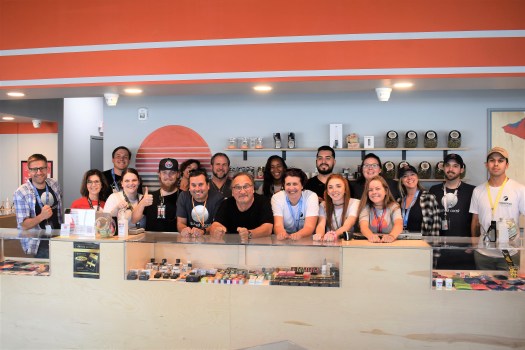 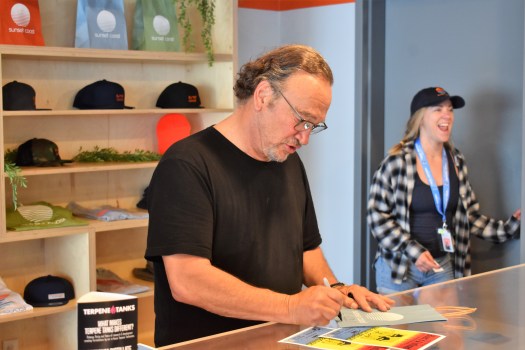 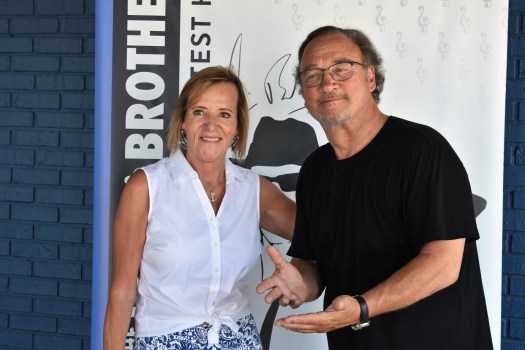 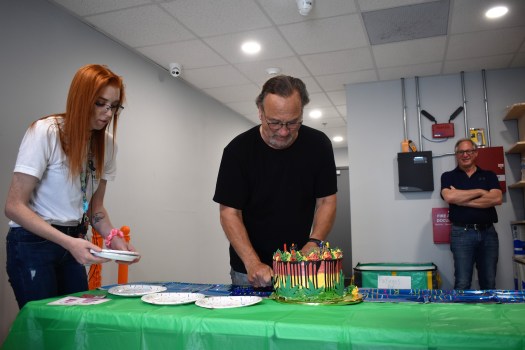 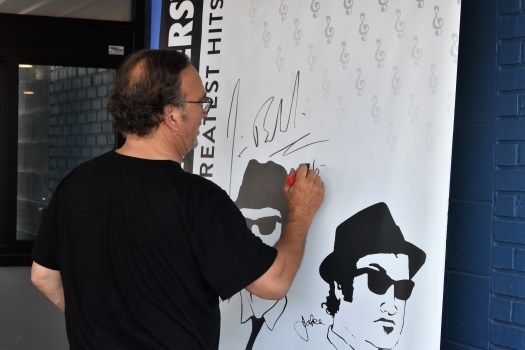 CASSOPOLIS — A local cannabis company has teamed up with a household name to help bring credibility – and a medicine-first approach – to the Michigan cannabis industry.

Actor and cannabis farmer Jim Belushi visited Sunset Coast Provisions in Cassopolis on Tuesday for a meet-and-greet to promote a partnership between his cannabis company, Belushi’s Farm, and Highway Horticulture, which owns Sunset Coast.

“In delivering superior experiences to audiences, The Blues Brothers established a level and standard of undisputed high quality,” said Belushi’s Farm, on its website. “We will live up to the ten-star, quadruple A reputation for professionalism and consumer satisfaction that John and Dan [Aykroyd] established internationally over four decades ago.”

“Nick is one of the smartest men in cannabis that I’ve met,” Belushi said. “We talked to a lot of different growers. … Nick, to me, was the most honorable with the message that’s most common to my message on my farm, and that is the pathway to healing through cannabis.”

Similarly, Sayers said Belushi was very approachable, and the two connected on more than just a business level.

“Jim is bringing credibility to cannabis,” Sayers said. “It’s not just a celebrity brand here. It’s very substantive. He approaches it as medicine first, which is how we view it. So, we’re trying to expand it safely to new interests, not just trying to get everyone high.”

“Nick is a great operator, and Sara is a fantastic person to work with here,” Belushi said. “They have one of the cleanest grow facilities I’ve seen in America. Cleanliness is very important for the confidence in the use of cannabis.”

Being a native of Chicago, Belushi also said he resonated with the Midwest working man.

“Michigan, you know, is my next-door neighbor,” he said. “It’s Midwest, it’s hardworking people. I grew up as a hardworking guy with my dad and his restaurant in Chicago. I have an affiliation with the Midwest working man, because that’s what I am.”

It was Belushi’s second time in Cassopolis, and he said he was charmed by the lakeside community.

“It’s a sweet town, isn’t it,” Belushi said. “I love that little Broadway Café. We’re going to go there for lunch right now. It’s a sweet area. We’ll be back in August.”

Belushi, along with Dan Aykroyd will be performing a Blues Brothers concert at Riverfront Park in Niles as part of the Blues’d and Infused cannabis music festival on August 20.