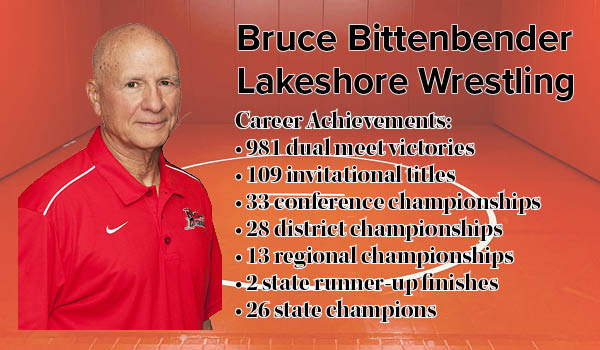 Lakeshore will host a press conference at 5:30 p.m. Friday in the LEF Learning Center (formerly the LGI) located next to the Lakeshore High School auditorium. Students, staff, former wrestlers and community members can attend the press conference. They are asked to use the doors nearest the auditorium located off the North parking lot.

The press conference also will be shown live on the Lakeshore Lancers Network.

His 981 dual meet wins are not only the best in Michigan, but the entire country, according to the National Federation of State High School Associations’ record book.