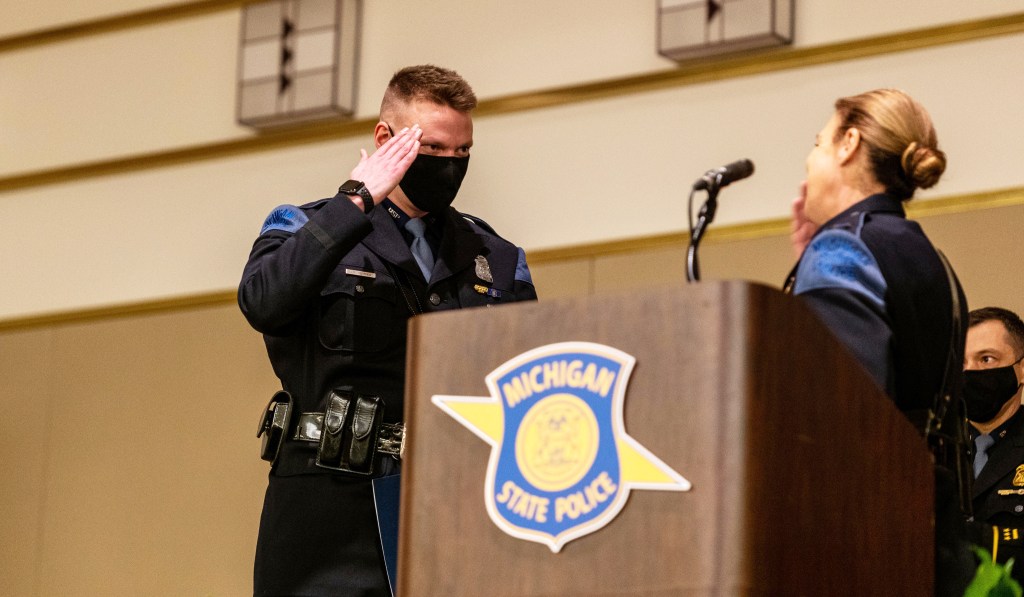 LANSING — A local law enforcement officer was recently honored for their act of bravery in the line of duty.

Niles Post trooper Jason DeVries was one of approximately 60 members who received recognition during a Thursday, Feb. 17 employee recognition ceremony in Lansing, Michigan.

DeVries was awarded a Citation for Bravery, which DeVries received for his actions following a shooting in which he was shot and injured during a traffic stop.

The Citation for Bravery is awarded when a member knowingly performs an act in the line of duty which endangers or exposes him or herself to serious injury and when, because of the nature of the action, a life may be saved, a serious crime prevented or a person arrested who has committed a serious crime.

“It makes me incredibly proud to hear about the selfless and positive acts our members are engaged in every day across our state,” stated Gasper. “The commitment of our enforcement and civilian members to providing service with excellence, integrity and courtesy ensures our fellow Michiganders feel supported and safe in their communities.”