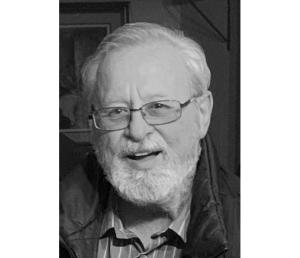 Walt attended the University of Bridgeport where he was president of his fraternity, Alpha Phi Omega, and earned a bachelor’s degree in Biology. His career spanned four decades working as an environmental engineer for global corporations such as BASF and GAF. His work took him to many regions of Europe and South America, picking up rough fluency in German along the way and enough words to order drinks and supper in at least five to six additional languages.

Walt cherished travel, adventure and family, and was a real innovator when it came to family reunions and social gatherings, including the conception of the world’s first Leap Hog Party held somewhere around Groundhog Day but only during a leap year. The event would have been a complete bust were Walt not able to adeptly draw a jumping frog and hog chimera-like creature used for signage and flyers.

Walt’s talents varied widely beyond his professional career. He designed and built two houses from the ground up, earned a patent on a novel framing system, was a talented artist, and is remembered by family and friends for consistently sharing his wisdom, knowledge and resources with others.

Walt is survived by his sons, Ken (Karen) Chambers, and Christian (Aileen) Bruner; his grandchildren, Anastasia and Hazel Chambers, and Jacob Bruner; his aunt, Gladys Lane; and his cousins, Edward Barniak and Mary Brooks. He is preceded in death by his sister Karen and his parents.