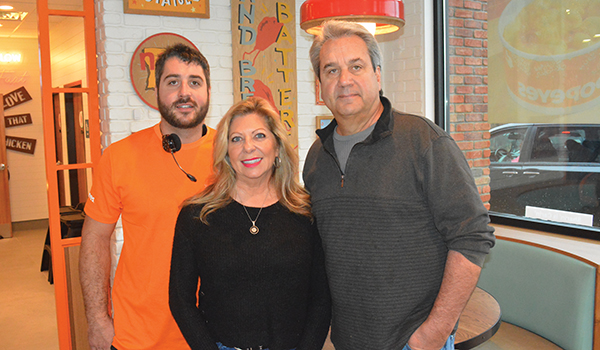 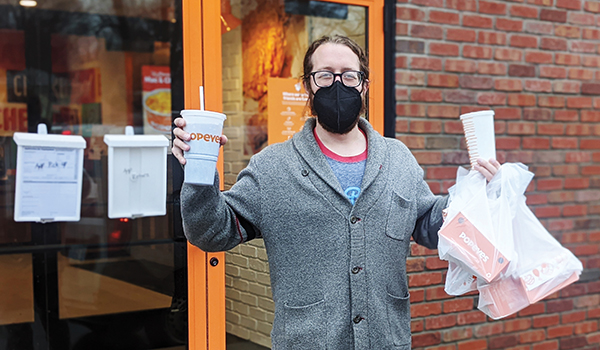 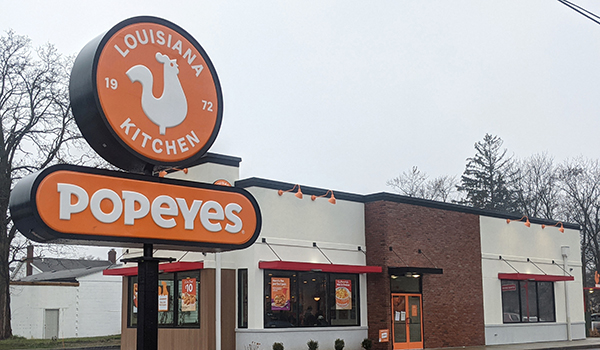 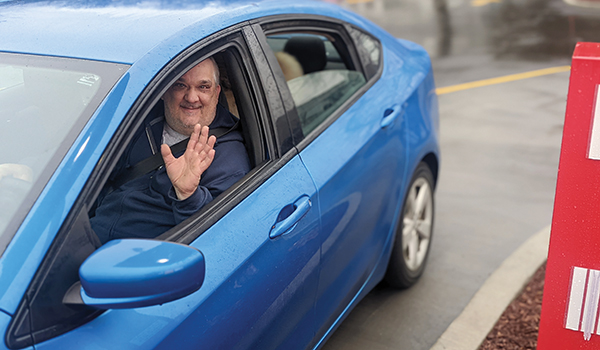 Niles resident Michael Fuson orders his meal as the second customer to order from Popeye’s.

NILES — Jeffery Adams has been waiting for this day to come, and so has the Niles community.

Adams, owner of Popeye’s Louisiana Kitchen, 306 S. 11th St., watched as the first cars lined up in the drive-thru lane when the popular fast-food chain opened at 10:30 a.m. Monday.

“It has taken a long time,” Adams said. “There have been a lot of hurdles we’ve had to jump over, but we’ve finally made it. It’s kind of getting back in the swing of doing this stuff again; It has been a while since we built something new. After going through some of the stuff we went through with the builders, we’re finally here. It’s gonna be a good store. People are really receptive.”

The location will be open from 10:30 a.m. to 10 p.m. seven days a week. Since its foundation in 1972 in New Orleans, Louisiana, the franchise has spawned more than 3,450 restaurants located in more than 46 states and the District of Columbia, Puerto Rico and 30 countries worldwide.

“Everybody loves the new girl in town,” he said. “Popeye’s usually stays pretty steady throughout the day. We’ve got a great lunch and a great dinner. We don’t do breakfast, and we’re not open late-night. We’ll leave that to somebody else.”

Samuel Marlin was the first customer in the drive-thru lane when the restaurant opened Monday. An Indiana resident, Marlin was on a mission to order his favorite item on the menu, the spicy chicken sandwich.

“I’m happy it’s finally open,” he said. “We’ve been waiting for a while, and the day is finally here.”

Few customers were more excited for Popeye’s than Michael Fuson, who was the second customer in the drive-thru line when the store opened Monday. The Niles resident was more than willing to journey to the Benton Harbor Popeye’s on Napier Avenue to order his favorite popcorn shrimp.

With Popeye’s now open in town, Fuson and his wife can enjoy their favorite fast food meals from the comfort of their own home.

“I just love Popeyes,” he said. “We’ve just been waiting for it to open here in Niles. I’m glad that, you know, they finally got it open. To be one of the first ones here is pretty cool.”

While the Niles area has many of the fast-food heavyweight chains in town, Fuson believes Popeye’s can carve out a fan base of its own.

“I think it’s actually going to be good,” he said. “A lot of people have their own personal feelings about restaurants like this, but I think Popeye’s belongs here.”

Adams, who owns an existing Popeye’s in Benton Harbor, purchased the 306 S. 11th St. property in 2017. The Niles Popeye’s was built on the site of the former Golden Dragon Chinese restaurant, which was demolished in June 2020 to allow for its construction. The ongoing COVID-19 pandemic also impacted the construction of the location.

“You just can’t put one of these anywhere, right? It’s a big investment,” he said. “We got the land cost right, we’ve got a great spot, great traffic and great rooftops. The neighborhoods around us, people will walk right over. They’re gonna have to, they’ll be smelling it. I love the spot.”

Adams added that he believes his new restaurant will receive a boost in traffic from inter-state commuters and a source that may surprise readers.

“Ironically, I used to be in the gas business,” Adams said. “And all you ever heard about is the Legus Shell [434 S. 11th St.]. I said if I can get anywhere near Andy Legus’ shop down there, it’ll probably be a really good store because we’ll be able to feed off of his traffic. It’s a good spot just before the road opens up after it comes together if you’re on your way to South Bend. Buchanan is right down the road. We really like it.”

The grass lot directly behind Popeye’s is also owned by Adams, who plans to develop the space soon.

“We might do something like a small strip mall or maybe a couple of houses,” he said.

A new restaurant needs workers, and Adams is happy with his staff members, many of whom have been training for weeks at the Benton Harbor location. While many businesses are struggling to fill positions, Adams said the Niles Popeye’s has more than 30 workers on staff.

“We’ve got a good good bunch of kids in there,” he said. “If you hire 30 or 35, and you keep 20 or 25, you’re doing pretty good. A lot of them we’ve had around for a while, they were working with us up in Benton Harbor so they kind of have an idea of what it’s like. Our Benton Harbor location is always busy, and we’re gonna be busy here. It’ll stay steady for a long time.”

While the journey took much longer than expected, Adams hopes his restaurant will bring the community joy into the new year and beyond.

“Everyone is excited,” he said. “We believe there’s something here for everyone to enjoy.”