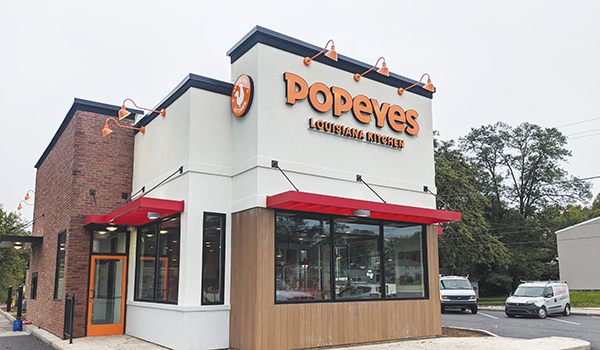 NILES — A restaurant that has been in development for years is close to offering customers its long-awaited southern hospitality.

Jeffery Adams, owner of the Popeye’s Louisiana Kitchen being built at 306 S. 11th St., expects the location to open this year and added that he hopes it will be ready to serve customers within the next 30 days.

“It has taken a long time,” Adams said. “There have been a lot of hurdles we’ve had to jump over. We’re running into delays due to things sitting in harbors. The sooner we can finish, the better. Everyone is waiting.”

People from Niles and beyond have been chomping at the bit to try food from the popular fried chicken franchise restaurant ever since the site plan was approved by the Niles City Planning Commission in March 2020.

“Everyone is excited,” Adams said. “I had a guy stop in from Dowagiac wanting to make sure that he’s our first customer.”

Adams, who owns an existing Popeye’s in Benton Harbor, purchased the property in 2017. The restaurant is being built on the site of the former Golden Dragon Chinese restaurant, which was demolished in June 2020 to allow for the construction of Popeye’s.

“We wanted to be in and around the intersection where you turn to go south,” Adams said. “We knew that was a hot corner. People can walk in or drive-in. I think it’s a nice location for people living in the city or passing through.”

The building exterior, parking lot and drive-thru area are finished while landscaping and electricity crews continue to work toward completion. According to Adams, the Popeye’s project has been a victim of the COVID-induced global supply chain delays, which have created shortages of key manufacturing components, order backlogs, delivery delays and a spike in transportation costs. Finding subcontractors has also been a challenge.

“We’re still waiting on some parts to complete the register system and point of sales system,” he said. “We’re waiting to get menu boards posted up. We’re hoping to get stuff off of those ships and on the trucks so that we can finish up.”

In addition to issues with the supply chain, another obstacle Adams has faced is staffing. While keeping his Benton Harbor location sufficiently staffed has been challenging, that has not been the case for the Niles location.

“We’ve received a lot of interest as far as joining the Niles team,” he said. “We have people training [for the Niles location] in Benton Harbor right now. “It’s just a matter of getting chicken on the shelf and biscuits buttered up and ready to go in Niles.”

Adams, who grew up in Buchanan, believes that setting up shop in the Niles area is good for business and the community.

“I’ve lived in Berrien County my whole life,” he said. “With Popeye’s in Sawyer and Benton Harbor, this location lent itself to filling out the county. Niles is a nice little hub. We’re excited about it. I’m frustrated it has taken this long. We’re so close you can smell it.”