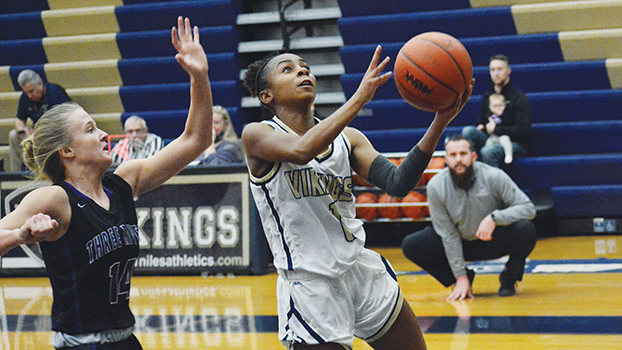 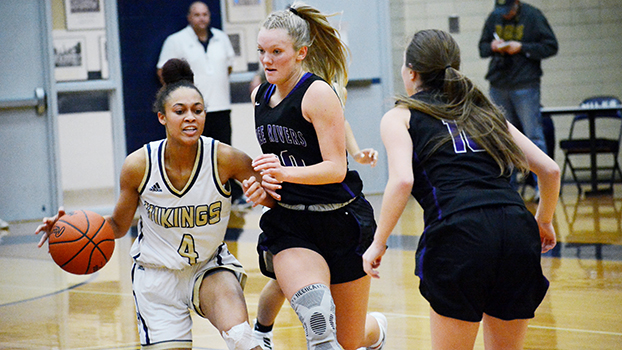 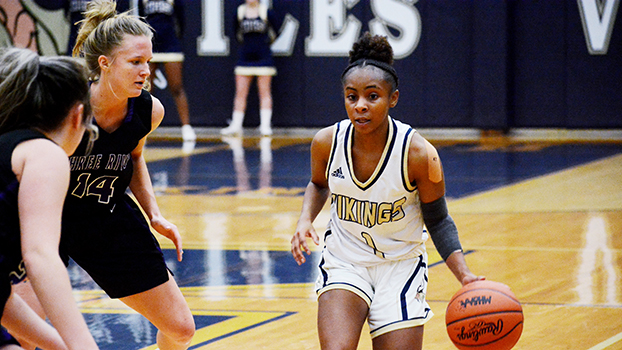 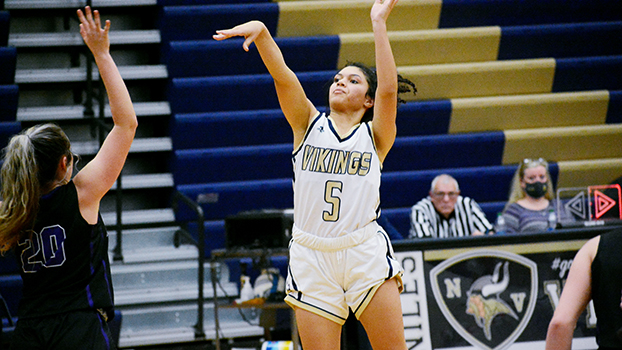 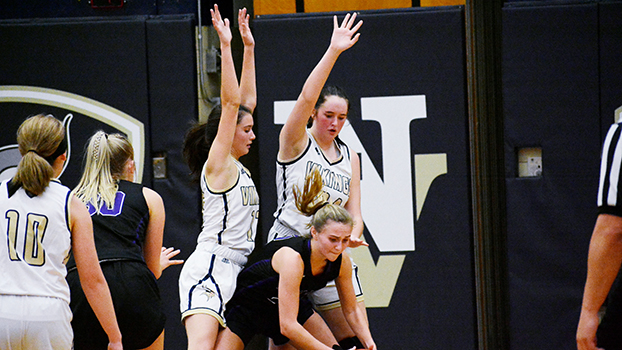 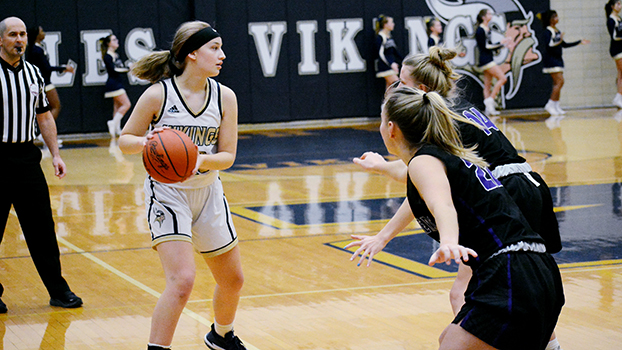 NILES — The Niles girls basketball team’s first Wolverine Conference game did not go as the Vikings had hoped.

“It’s not the result we wanted, but I felt like the girls never gave up,” said Niles head coach Jessica Johnson. “They fought to the end. I think we had some lulls that we had a hard time recovering from, so we’re going to have to work on some mental toughness in practice so that we can bring it here in the games.”

The Vikings struggled in the first half, trailing 17-8 after the first quarter and 34-27 at halftime. Down 44-39 entering the fourth quarter, Niles point guard Kamryn Patterson made back-to-back 3-pointers to cap a 10-3 Vikings run to take a 49-47 lead.

The two teams traded scoring down the stretch, with Aysha Smith and Natalie Lucero hitting big shots to keep the Vikings’ hopes alive. But for every big play Niles made, the Wildcats always had an answer. Emma Stasiuk made the game-tying free throws to send the game into overtime at 55-55.

From there, the Wildcats continued to use their size advantage to grab offensive rebounds, which led to second-chance points. A Stasiuk 3-pointer with just over one minute left gave the Wildcats a 60-56 lead they would not relinquish. Three Rivers outscored Niles 9-3 in the extra frame.

“We talk to the girls a lot about boxing out and making sure that we are putting a body on a girl before we go up because they hurt us on the boards,” Johnson said. “They outrebounded us, and they converted each time.”

Seniors Amara Palmer and Kamryn Patterson scored 19 and 16 points respectively to lead the Vikings in scoring in a physical, foul-heavy game that saw Niles’ Brynn Lake and Three Rivers’ Macy Ivins foul out.

“They both kind of struggled,” Johnson said. “Their shots weren’t going in like they wanted, the layups nor the free throws.”

Patterson, who uses her quickness to force steals, picked up her fourth foul midway through the third quarter, which affected the offensive flow of the game.

“Foul trouble really hurt us,” Johnson said. “We’re going to have a hard time any time we have Kamryn on the bench.”

With Three Rivers keying on Palmer and Patterson, Lucero and Smith stepped up offensively to score 11 and 10 points, respectively.

“This is probably the best I’ve seen [Smith] play,” Johnson said. “She was bringing it on defense as well as offensively. I was very proud of her, she was able to get those minutes, stay on the court and help the team out.”

The Vikings will get back to work and prepare to host Paw Paw at 7:15 p.m. Friday.

While the loss may have been a tough pill to swallow, Johnson believes the experience will pay dividends as the season gets underway. In addition to a Jan. 25 game at Three Rivers, the Vikings could potentially play the Wildcats a third time as the two teams share a district.

“Some of the girls that were on the floor have never experienced these close games,” she said. “So for them to get out there, be strong with the ball, take care of the ball and still play defense in those situations is good for them. It’s a great experience to have early on, and now that we’re in the Wolverine Conference, we’ll see them again. That’s always a good thing with these close games because you always want to be able to come back and play a second time and maybe even a third.”