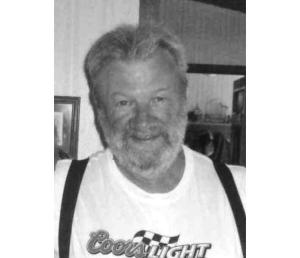 Thomas L. “Mushy” Roberts, 69, of Dowagiac, passed away at his residence on Wednesday, Nov. 24, 2021, surrounded by his loving family.

Tom graduated from Cassopolis High School Class of 1970. Tom enlisted in the U.S. Navy and served his country proudly. On Oct. 2, 1982, he married Janet E. Schmidt at a ceremony in Elkhart, Indiana. He worked at Georgia Boy for many years, then Mush farmed for Gill Course and a handyman for several years prior to his retirement. He looked forward to mushroom season and earned the name “Mushy” as he was great at spotting them, even when they were hidden. Tom also enjoyed all kinds of fishing, including ice fishing and flying into places such as Canada to fish, camping in Baldwin and an avid fan of music, especially BB King and Willie Nelson. Tom mostly valued time spent with his family and had a great bond with his son.

He was preceded in death by his parents; a stillborn daughter, Tiffany May Roberts; siblings, Allen Roberts, Judy Simpson and Mary Maxwell.

Tom is survived by his loving wife, Janet Roberts, of Dowagiac; a son, Maxwell Roberts, of Dowagiac; siblings, Maxine (Kenny) Owen of Dowagiac, Phil (Karen) Roberts of Bellville, Michigan, Bonnie Loux, of Cassopolis, Linda (Gene) Hendrick, of Anaheim, California, as well as a “brother from another mother,” Steve Bowerman.

In keeping with Tom’s wishes, cremation has taken place and his family will be hosting a time to celebrate his life at the Niles Fraternal Order of Eagle’s on Saturday, Dec 18, 2021, from 1 until 6 p.m.

Memorial contributions may be made to Cass County Cancer Service 25995 US-12, Edwardsburg, MI 49112.

Memories of Tom may be shared with his family at BrownFuneralHomeNiles.com.

Tom’s family is being cared for by Brown Funeral Home & Cremation Services, Niles.