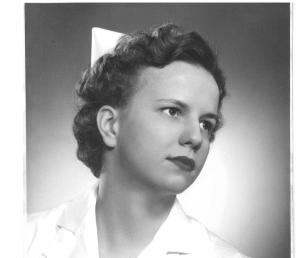 Her life began Oct. 28, 1928, in South Bend, Indiana, the fifth and youngest daughter of six children born to Walter and Lydia Sass. She graduated from South Bend Central High school in 1946 and from Memorial Hospital School of Nursing in 1949. She retired from Three Rivers Hospital in 1992 after 43 years of service.

Gerry will be greatly missed by family and friends. She is survived by one daughter, 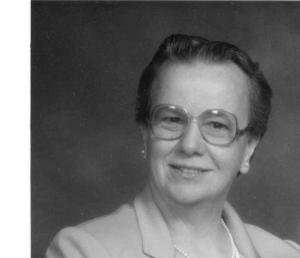 In addition to her husband, she was preceded in death by her parents; one granddaughter, Amy Kelley; four sisters, Elvera Keb, Dorothy Keegan, Phyllis Cline, Lois Batalis; and one brother, William Sass.

Family and friends will gather Sunday, Nov. 21, 2021, from 1 p.m. until time of service at 3 p.m. in Saint Paul Lutheran Church, 305 W. State St., Cassopolis with the Reverend Paul Doellinger officiating.

Mrs. Brossman’s remains will be laid to rest beside her beloved husband in Shavehead Cemetery in Porter Township, Michigan.

The family prefers contributions in memory of Gerry be made to Saint Paul Lutheran Church, 305 West State Street, Cassopolis, Michigan 49031.