Julie Stafford is the president of the Michigan Press Association and the publisher of the Greeneville Daily News. 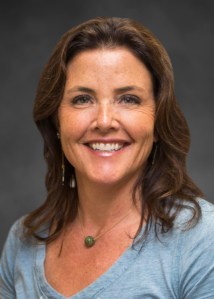 Michigan law currently requires that public notices – notifying readers of such things as public hearings and budget approvals – are printed in their local newspapers. Bills SB 258 and SB 259 would expand access to information about what government bodies are doing by requiring newspapers to also post these public notices – at no extra cost to the public entities – on their newspaper websites in front of any paywalls. In addition, newspapers also would be required to upload all public notices that publish in their newspaper to a statewide website where they are accessible to the general public free of charge.

It is fitting that this vote occurred during the 81st annual National Newspaper Week October 3-9, 2021, which recognizes the service of newspapers and their employees across North America. The Michigan Press Association feels strongly that these bills expand the way newspapers help both local governments and readers.

The MPA and newspapers throughout the state laud the Senators for their recognition of the importance of keeping public notices in newspapers. The bills will protect the public’s access to information about what their elected officials are doing on issues such as taxes and local ordinances.

MPA believes the requirement to publish these notices in newspapers not only guarantees that an independent source is making sure local government bodies are informing the public in a timely manner about issues that may affect them, but it also provides a written archive of published notices that can be referenced for years to come. In addition, SB 258 and SB 259 would expand access to public notices to those who read newspapers electronically and those who might want to search for notices outside their area through a statewide website.

It is important to the MPA that none of the added services newspapers will provide to local governments as a result of these bills will cost taxpayers any extra money. The addition of the notices to newspaper websites and the statewide website, as well as the preservation of the print notices in perpetuity, will be a cost absorbed by local newspapers.

We encourage you to please contact your State Representative and urge them to support SB’s 258 and 259 to help newspapers continue providing government transparency to Michigan citizens.