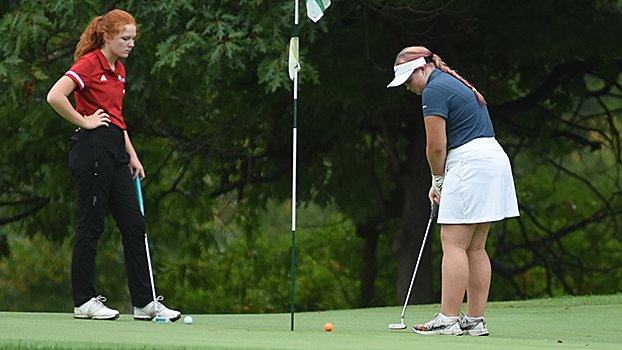 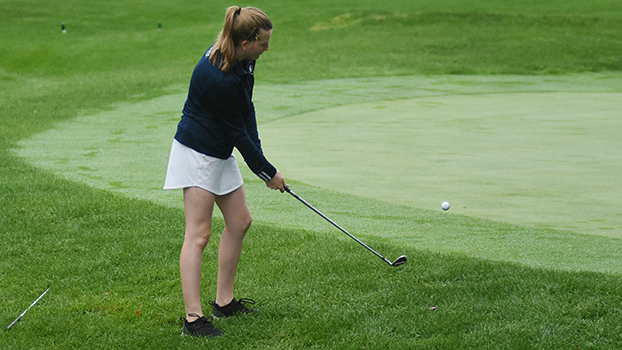 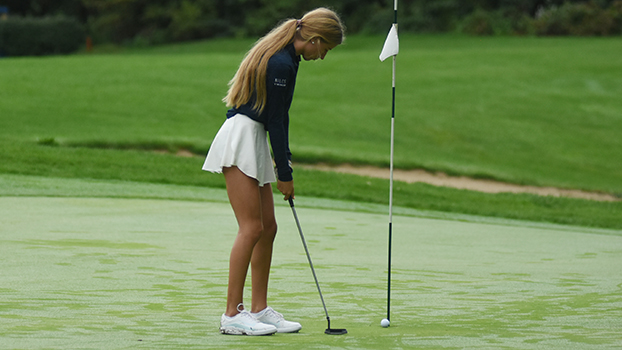 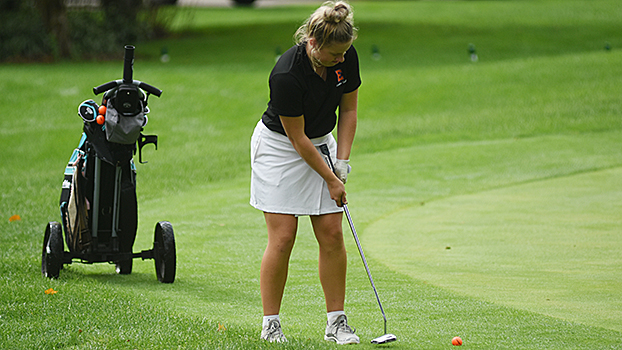 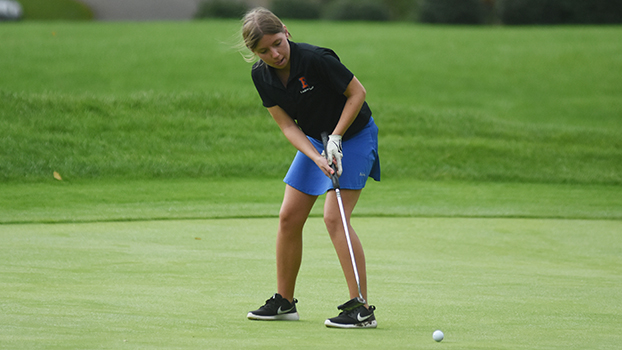 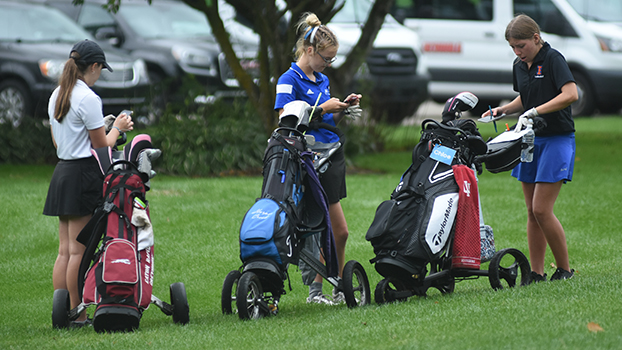 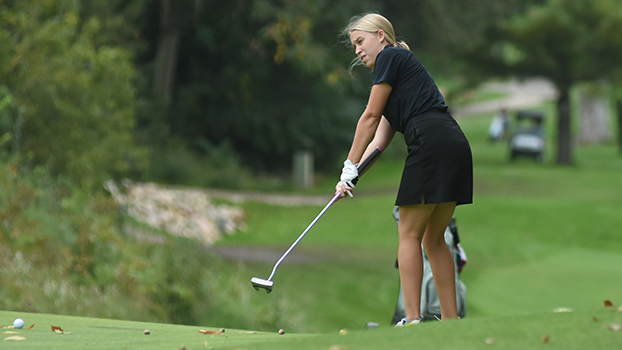 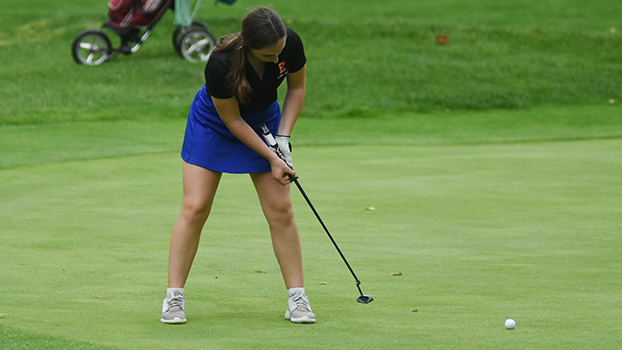 BUCHANAN — It has been a season of firsts for the Edwardsburg girls golf team.

The Eddies’ program has only been in existence for three years, but 2021 will always be remembered for two things — finishing third in the Wolverine Conference finals standings and qualifying for the Division 3 state finals.

Last week Edwardsburg earned its best finish in the league since adding girls golf in 2018. The Eddie entered the Wolverine Conference Tournament in fourth place, but was able to take advantage of Dowagiac’s fall from second place to fourth place.

On Monday, at Orchard Hills Country Club, the Eddies battled tough course conditions to grab the third and final qualifying spot for the state finals, which will be played in East Lansing on the campus of Michigan State University at Forest Akers West Oct. 15-16.

Parma Western won the Division 3 Regional championship as it shot 380 as a team. Plainwell, the Wolverine Conference champion, finished second with a 386, while Edwardsburg finished with a team total of 416.

Battle Creek Harper Creek and Vicksburg, also a member of the Wolverine Conference, tied for fourth place with 424. Host Niles, the fourth of five Wolverine schools in the 10-team field, placed eighth with a total of 456.

Plainwell’s Renae Jaeger earned medalist honors as she posted a score of 80.

Also earning a spot in the state finals were three individuals who were not members of a qualifying team. 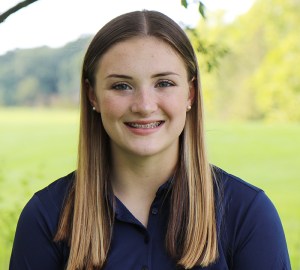 Niles’ Kaitlyn Hopper, who only joined the Vikings a month ago, grabbed the first spot with a round of 95. Brooklyn Ringler of Vicksburg shot 96 to earn a spot, while the final spot went to Jordanne Norris of Harper Creek.

“I am just so happy for them,” said Edwardsburg Coach Steve Wright. “What a tough day, and a tough course. They just battled and improved all year. I could not be happier. We thought we could have a shot if we played well today. We got it done.”

One of three seniors on the Edwardsburg squad, Channing Green was also excited about what she and her teammates have accomplished this year. She joined the team as a junior and moved to the No. 1 position her first season and has been there ever since.

“It feels amazing,” she said. “We really battled. I know the girls out there really tried their hardest and this is a really tough course, but we managed to make to state. I am so proud of these girls.”

The improvement that Edwardsburg has made in its short period of existence can be credited to the effort everyone has put in.

“The difference has really been getting out and playing as much as I can,” Green said about herself. “My first day my junior year was tryouts. I had never played golf before. I continued to play over the summer and it really helped my game. Over the summer, we all got together and played almost every day. As a team, we have really improved.”

Chloe Baker turned in the low round for the Eddies as she shot 101. Vivian Tomas finished with a 103, Chelsea Zeismer a 109 and Libby Hunsberger a 114.

“Kaitlyn put a solid round together today,” he said. “She shot 43 on the front and stayed away from the big numbers on the back. She has a solid swing and her short game has improved tremendously during the last couple of weeks. She’s looking forward to representing Niles in the state tournament.”