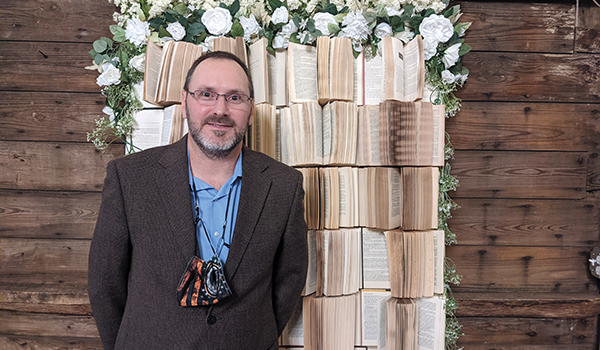 DOWAGIAC — Dozens of Dowagiac community members descended upon Marion Magnolia Farms Wednesday evening to show their support for a local museum both with their attendance and with their wallets.

“It was a really fun event and very successful,” he said. “It really demonstrates that the local history of Dowagiac is an important part of this community. It was a great demonstration of that.

I can’t say enough about community support. We went into this after a strange COVID year unsure of who would come out and participate. We didn’t know how much people were willing to spend.”

Keep History Alive was created in 2017 as a way for the museum to raise general operation support and reach its fundraising goals for each year, with money generated via live and silent auctions.

“These funds will enable us to bring speakers in for programs, produce some good exhibits and maintain collections,” Arseneau said. “It takes money to maintain the collections and we have more than 20,000 artifacts.”

“People came out and bid and bid high,” Arseneau said. “To the businesses and individuals who donated items for the fundraiser, this was not a show I put on by myself. I am thankful to all of them.”

“Everyone was stunned,” Arseneau said. “They applauded the donations high bidders put toward the museum.”

According to Arseneau, it was the largest purchase in fundraiser history.

“We had three or four items go for more than $1,000 in the live auction. But the purchase of the painting turned it into an extraordinary night.”

The three previous fundraisers were held at the Elks Lodge but the museum decided to make a move to Marion Magnolia Farms due to an increase in event attendance year over year.

“It is a beautiful venue,” he said. “I hope it gave them great exposure. Brittany and Nick File were great hosts for us and we appreciate all that they did.”

In light of the ongoing pandemic, Arseneau said the museum is hoping to resume programming in the spring.
“The fundraiser was evidence that people are looking for things to do,” he said, “People were excited. We’re looking forward to getting programming up and running.”

Arseneau thanked everyone who made the fundraiser possible.