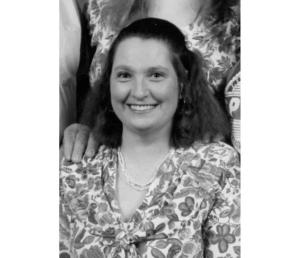 Becky enjoyed going fishing even if she didn’t catch any fish. She loved playing her online Bingo and couldn’t miss her soap operas. She acted tough but would help others when they were in need. Becky was a tax preparer and was proud to help others with their taxes. She cherished her grandchildren and was proud of each of them. She became attached to multiple pets over the years but most recently her baby was her rescue dog Cezar.

She was preceded in death by her parents and one daughter, Amanda Sue Gonce.

Family and friends will gather for a Celebration of Life at a later date and time to be announced.

The family prefers contributions be made in memory of Becky be made to Cass County Cancer Service, 25995 US-12, Edwardsburg, Michigan 49112.

Arrangements have been entrusted to Wagner Family Funerals Connelly Chapel, Cassopolis. Please share a memory or a message online: wagnercares.com