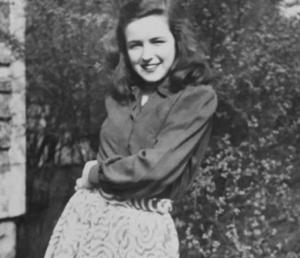 She was born on Nov. 3, 1930, in Benton Harbor, Michigan to the late George and Zora (Hosbein) Gaunder.

Anne married Mark Anthony and to that union three children were born, Mark Jr., Beth and Marcia. Mark Anthony passed shortly before the birth of their daughter, Marcia. In February of 1955 Anne married John R. “Jack” Vogelsang, Jr. at a ceremony in Niles; they had a son, John R. Vogelsang III. 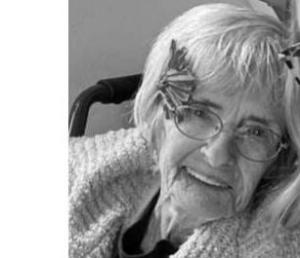 A homemaker most of her life, Anne relished raising her children and being an attentive grandmother. Anne also enjoyed gardening, working crossword puzzles, playing cards, going fishing and bowling on local leagues for many years. Anne was also an avid football fan cheering on both Notre Dame and the University of Michigan. She also looked forward to watching Detroit Tigers baseball. Anne’s faith was extremely important to her and she tried her best to live a Christian life each day. She was a member of St. Mark Catholic Church, in Niles.

A memorial service to celebrate the life of Anne will be held on Tuesday, Sept. 7, 2021, at 10 a.m. at Brown Funeral Home & Cremation Services in Niles with Father Peter Rocca, C.S.C. officiating. A time of visitation will begin on one hour prior at the funeral home. An interment will follow at Silverbrook Cemetery.

Memorial contributions may be made in Anne’s memory to St. Mark Catholic Church at 19 N. 19th Street, Niles, Michigan 49120.

Memories may be left for her family at www.BrownFuneralHomeNiles.com where her memorial service may be viewed.