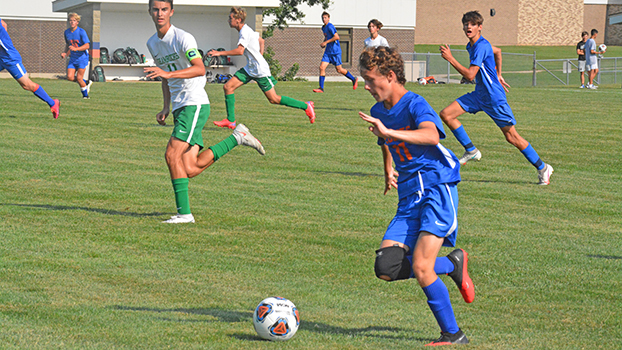 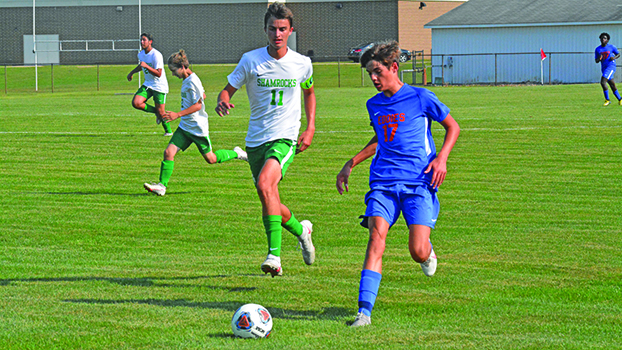 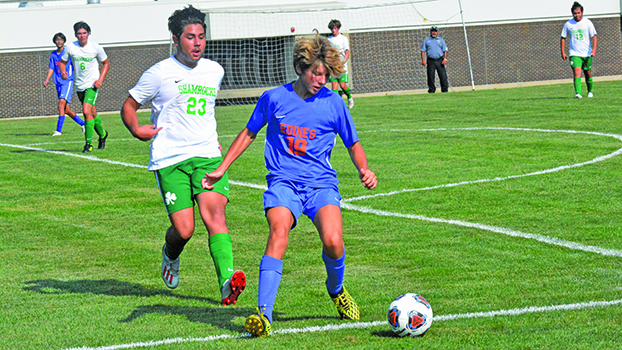 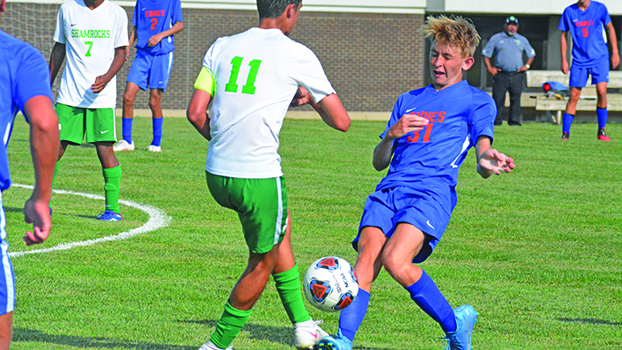 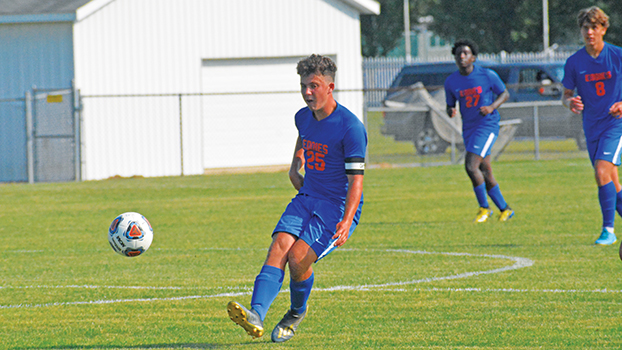 The Eddies opened their 2021 season with an 8-0 victory over Berrien Springs at home.

The game got off to a fast start for the Eddies, who scored four of their eight goals in the first 10 minutes against a Shamrocks team that fielded just 11 players.

“That’s tough,” said Edwardsburg coach Sean Jesse. “That’s hard to do, and I feel like they battled. They definitely worked hard; they put us in some spots that we had to figure it out, which is good. With a season opener, it’s nice to be able to try some things out. We’re pretty young, so being able to experiment a little bit was nice. It’s still kind of trying to figure out formation and line up and work before people are gonna go and play best, so it’s nice to be all of the game to be able to do that too.”

The Eddies’ eighth goal was scored with 7:17 remaining in the first half, but officials required that the first half be completed before calling the game. Per Michigan High School Athletic Association guidelines, a game is ended when a team is ahead by eight goals or more any time after the first half is completed.

“We shared the ball so much,” Jesse said. “We were knocking it around so well. I think it was a good team performance.”

Jesse and his Eddies hope to stay in the win column this weekend when they host St. Joseph at 11:30 a.m. Saturday. The Bears are traditionally one of the area’s best teams and a team that will be in the same district as Edwardsburg this postseason.

“It’s nice to have a game like today where we can work on things,” Jesse said. “[St. Joseph] is kind of our benchmark, because they are in our district. They are a top-caliber team. We’ll see where we are, and then we’ll need to adjust moving forward. It’ll be a good get starting point to know where we’re at.”