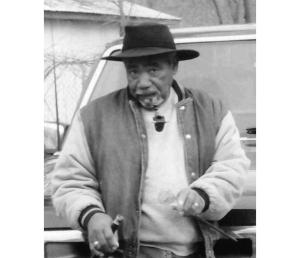 Edward, also known to many as Bobby and Smitty, worked for many years at Clark Eqiupment in Buchanan, Coop Steel in South Bend and then retired from the Southeast Berrien County Landfill Authority in Buchanan. On June 27, 1961, he wed Almarie Canady at a ceremony in Cleveland, Arkansas. The couple recently celebrated 60 years of marriage. He will be remembered for his sense of humor, his gift of storytelling and his ability to make friends with everyone he came in contact with. Edward was a devoted husband, father and grandfather.

He was preceded in death by his parents; a daughter, Deborah Smith-Rodriguez; his brothers, Richard Starnes, Hugh Smith and J.C. Starnes as well as his sisters, Vilee Lauderdale and Naomi McCall.

The family of Edward Smith would like to thank Heartland Hospice for their care and concern during their journey.

Memories of Edward may be shared with his family at BrownFuneralHomeNiles.com where his service will also be livestreamed.