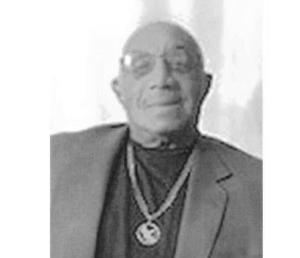 His life began June 11, 1933, in Wayside, Kansas, the eighth of 11 children born to Henry Lamont and Julia Ella Danzy.

Alvernon served honorably in the U.S. Army during the Korean conflict. He was a gentle giant with a heart of gold known for his strength (such as picking up cars for changing tires), kindness and caring. Alvernon loved his family, especially his grandkids. He worked at Clark Equipment Company for thirty years.

The family is grateful to his fiance’ Joyce Flint for the love and care she extended to Alvernon.

Family and friends will gather Saturday, Aug. 28, 2021, from 10 a.m. until time of service at noon in Church of Cassopolis, 520 Pearl Street, Cassopolis with Elder Perry Broadnax officiating. Alvernon will be laid to rest in Fort Custer National Cemetery in Augusta, Michigan where he will be accorded full Military Honors.