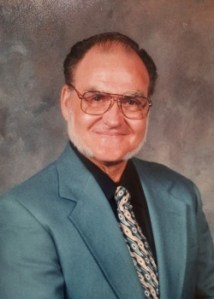 William Joseph Ross, 81, of Dowagiac, passed away peacefully on Friday, July 2, 2021, at home, surrounded by his family.

Bill, as he was known by most, was born Aug. 5, 1939, in Conway, Arkansas the son of T. J. and Evajane (Gibson) Ross, both of whom precede him in passing. Also preceding him in passing was a daughter, Brenda Ross.

Bill was the lead singer of Billy Joe and the Timberjack’s. He traveled with the rodeo circuit as a featured band and had a weekly radio appearance and at the same time was working in timber. In the mid ‘70s, he started Bill Ross and Sons Trucking where he managed 50 trucks all over the country. After a lifetime of adventure, he was led back to his original passion in timber and started the Bill Ross Pallett Saw Mill, where he was active until the last month of his life.

It was a blessing from God that Bill and Mary met, and created a love for each other that was undeniable. On Aug. 20, 2014, Bill was united in marriage with his loving wife, Mary Raney. She survives along with his children from his former wife, Betty Ross: Debra Roche, Joseph Ross, and Linda Ross, their children Rebecca Ross, Dawn Marci, Pamela Curtis, David Ross, Rachael Ross, Jessica Benson, Jeremy Benson and Charles Allen and many great grandchildren. Bill is also survived by Mary’s children Tim Goodrich, Tammy Keller, Brenda Jarka and Peggy Griffin and their children.

The family will receive friends from 1 to 3 p.m. on Wednesday, July 7, 2021, at the Calvin Funeral Home in Hartford, where at 3 p.m. a celebration of life service to honor Bill’s memory will commence. Fred Lull will officiate. As to Bill’s wishes, cremation will take place following the service. Bill was a member of the River of Life Church in Watervliet, so the family has asked that any donations be made to the church. Please visit calvin-leonardfh.com to leave any condolences for the family.