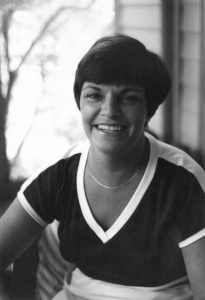 Stella Mae Steiner, 84, of Ann Arbor, Michigan passed into the arms of her Savior on May 22, 2021, surrounded by loved ones, after a prolonged illness.

Stella was born on Feb. 28, 1937, to Stanley and Dolpha Reed in Niles, Michigan. After graduating from Niles Senior High School in 1955, she began her career as a secretary first at Electric Voice in Buchanan, Michigan and later at a local law firm.

While still in high school, Stella began dating the love of her life Charles Steiner. She and Chuck were wed in November 1957, and went on to have three children, Gail, Kelly, and Scott.

Stella was a wonderful and loving wife and mother who was devoted to her family and her friends.  Compassionate and caring, she strove to better the lives of others. She truly had the ability to make anyone she met feel important and valued. Her delightful sense of humor and wit endeared her to all who knew her.  Stella was a passionate gardener and enjoyed traveling.

A celebration of life and the interment of her ashes will be held at the First United Methodist Church in Arbor, at a future date yet to be announced.  Arrangements are being handled by the Nie Family Funeral Home, 3767 W. Liberty Road, Ann Arbor.