At a special meeting last September, the SMC Board of Trustees unanimously authorized the administration to pursue the return of National Junior College Athletic Association men’s and women’s cross country for fall 2021 after a 25-year absence and marking the 40th anniversary of the Roadrunners’ 1981 NJCAA national championship. On Oct. 22, 2020, the NJCAA confirmed that SMC had been approved to return to intercollegiate athletics, and the College has been signing runners since February.

Sartori will replace Coach Juris A. Silenieks, who stepped down and moved to the Pittsburgh area at the end of March for family reasons. 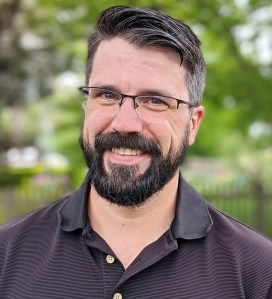 “We couldn’t be more excited for Zac to join the college in this capacity,” said President Dr. Joe Odenwald. “He is an experienced coach and educator and understands that student-athletes are students first. He has done his homework on SMC and the area, and his energy and passion for the sport are evident. I am particularly impressed with how much research Zac did for his interview presentation. He knows us. Having spent considerable time, I believe his approach will mesh well with our recruits and families. We expect great things from Zac and the Roadrunners.”

At the College of Dupage, Sartori achieved the best results in school history with the team finishing as 2019 NJCAA Division I Regional runner-up and improving from zero national qualifiers to seven within his first year. Sartori has coached three NJCAA All-Americans and has developed undergraduate course curriculum for health and fitness, weight training, sport psychology and coaching.

“I am thrilled to be joining the Roadrunner family,” Sartori said. “With the support of the administration, I am excited to bring SMC Cross Country back into the limelight.  My plan is to hit the ground running and to give the student-athletes here at Southwestern Michigan College everything they need to be successful both on the course and in the classroom.”

Sartori’s first order of business will be meeting with the current team regarding off-season conditioning, and he will begin immediately to recruit student-athletes and prepare for the upcoming season that begins Aug. 1.

He and his wife, Kate, a former distance runner who earned her doctorate of physical therapy from Carroll University in Waukesha, Wisconsin, will be relocating to the area in the coming months.