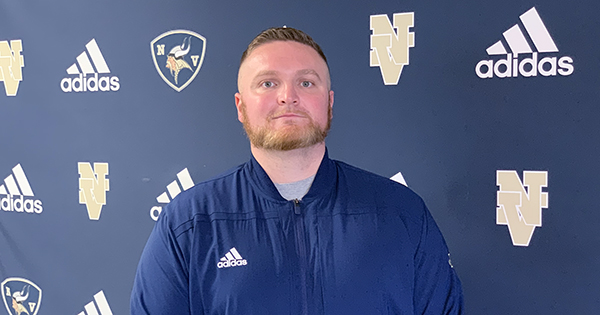 NILES — Cody French has been given the task of turning around the Niles football program.

French, who was an assistant coach at Elkhart [Indiana] High School in 2020, was announced as the Vikings’ varsity coach, replacing Joe Sassano after five seasons.

“The first email I received from Cody French stated ‘my passion, knowledge, experience and coaching success have prepared me to be the next head coach of the Vikings, and to help Niles High School compete for championships in the fall,’” said Niles Athletic Director Jeff Upton.

French went on to say, “Niles is located in an area, and plays in a conference, with high caliber football. I have the vision, work ethic and football knowledge to facilitate and guide success in this competitive atmosphere and lead Niles High School to championships.”

Upton liked what he read, and so did the Niles hiring committee.

“In announcing our new football coach today, I believe that statement is a very good indication of the coach we will have leading our program,” Upton said. “Cody realizes that he needs to increase participation numbers in Niles and get our student-athletes in the weight room so they can be properly conditioned for success on Friday nights.

“He brings to our community the drive to succeed, yet admits he has much to learn and will always strive to improve. His references included opposing head coaches, who were extremely impressed by Cody’s organization, game plan and execution from his players.”

French played college football at St. Joseph’s in Rensselaer, Indiana. He spent five years at St. Joseph’s before beginning his high school coaching career. He helped rebuild both the Elkhart Central and Seymour programs with Shattuck.

At Elkhart Central last season, the Lions were 9-1 and won the 6A sectional championship.

French was equally impressed with how Niles conducted its job search.

“The quality and character of the people in the hiring and the interview process really stood out to me,” French said. “It is very close to home for me, so we do not have to move right now. Through the process of meeting the individuals on the hiring committee, and obviously the player meeting was awesome. There was a good group in there, probably 50 players. You could feel their excitement.”

French said that putting together a coaching staff and getting players out and into the weight room to begin conditioning are top priorities.

CASS COUNTY — For many, reading is a solitary hobby. However, two local organizations are partnering to help Cass County... read more