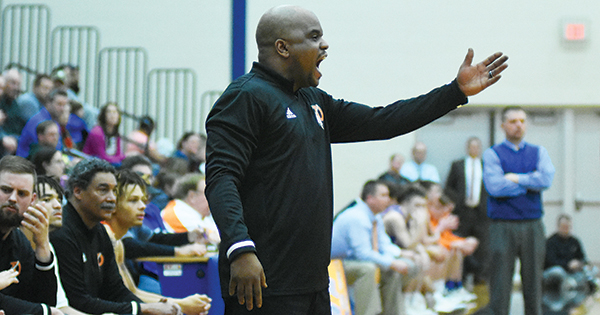 Vicksburg came out of the locker room at the intermission and rallied to take a lead early in the third quarter. Dowagiac was able to regroup and eventually overtook the Bulldogs for good, leading 50-45 heading into the final quarter.

“It was good to finally play again,” said Dowagiac Coach Danum Hunt. “The guys were excited and ready to go. We’re small in size but competitive. Henry performed really well. We’ve talked about him taking the lead and setting the tone. He did just that. I’m expecting his brother, as well as the Smith twins, to follow suit. Will Goodrich had a good shooting performance. Hopefully, he can be consistent. That would be really good for us.”

Hunt said his team has plenty to work on now that it can have contact practices.

“We have to be better on the defensive end with boxing out and rebounding,” he said. “If we can do that, we’ll have a pretty good season.”

NILES – The Niles Police Department is asking for information on two individuals involved in an indecent exposure and a... read more