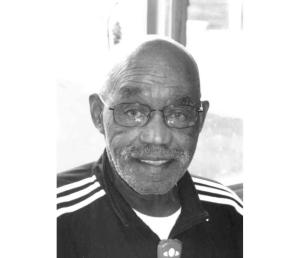 Bretho Meridian Danzy, Sr., 94, of Cassopolis, departed this life Feb. 6, 2021, in his home after an extended illness in the comfort of his family’s presence. He was born Sept. 28, 1926, in Redland, Oklahoma, one of 10 children of Henry Lee and Julia Ella (Williams) Danzy. Bretho confessed his hope in Christ at an early age.

Bretho moved to Cassopolis in October 1939. He married Vera Mae Outlaw Aug. 21, 1948, in South Bend, Indiana. From their union, nine children were blessed with a caring father and mother.

Bretho, often called “JR” or “Danzy” by many was a quiet, gentle man. He served honorably in the U.S. Army during World War II as a cook and heavy-duty truck driver. Bretho always put his family first. He was a man that could fix almost anything. He worked construction and built his own home, repaired televisions and did many other odd jobs. Bretho loved to tinker. His massive strong hands were never idle and he was always willing to help others. He and his brothers – known as the Danzy boys — could do, move and fix anything. They were all known for their strength, from picking up cars to change a tire to throwing bales of hay in the barns. He retired from Wheelbrator Fry in Mishawaka Indiana in 1987 as a furnace operator.

Bretho was a devoted man to his wife. During his illness he asked many times “Where’s your mother?” or calling out for “Doll” or “Danzy” as he called her. He would say “I know you’re wondering where I’m at but I’ll be home shortly.” Doll probably had replied, “Stop wondering where I’m at, it’s time for you to come home with me, where I’m at. It’s been 14 years and it’s time we get back together.”

Bretho was loved and respected by all who knew him and will be greatly missed by family and friends. He is survived by six daughters and two sons; Patricia Vaughn, of Ypsilanti, Michigan, Donna (Duane) Gillam, Adrienne (Leonard) Glover, Nanette (Nathan) Goins, Stephen Danzy, all of Cassopolis, Michigan; Bretho (Linda) Danzy, Jr., of Edwardsburg, Michigan, Clarise Amos, of Naperville, Illinois, Eloise (Tony) Williams, of Indianapolis, Indiana; one brother and two sisters, Alvernon Danzy, Julia Bell, of Cassopolis, Jessie Bell, of Detroit, Michigan; sister in law, Velma Danzy, of Grand Rapids, Michigan; 19 grandchildren; 36 great-grandchildren; six great-great-grandchildren; and a host of nieces, nephews, cousins, friends and in laws.

The family of Bretho Danzy would like to give a very special thanks to his Nephew Michael Outlaw.