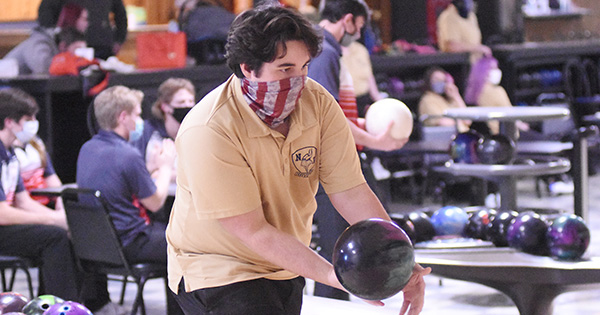 With one player out with an injury and another out for an undisclosed reason, the Vikings turned to an inexperienced player to help pull out the victory.

“The varsity boys were up against a pretty seasoned Constantine team,” said Niles coach Jim Jaynes. “Being short-handed, we found ourselves leaning on a new player with very limited competition reputations. I don’t believe Gavin Mahar, our newest athlete, was expecting to start or get tons of reps. He however stepped right up and contributed as much as he had. It was our first real learning experience for this season. The boys performed very well, all things considered.”

Trenton Phillips led Niles with a 522 series, which included games of 265 and 257. Preston Sharpe rolled a 482 series, while Matt McKeel finished with a 422 series.

Constantine did not field a girls team, giving Niles a forfeit win.

The team did not waste the opportunity as it competed as if it were in a match with the Falcons.