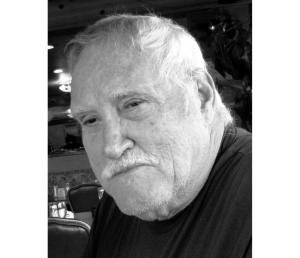 Donald Lesley Irwin, 86, of Niles, passed away on Tuesday, Jan. 5, 2021. He fought a valiant battle to live, but his body was too weak to sustain his strong will.

Donald was born in Pontiac, Michigan to the late Frank Vernon and Ethel Mary (VanTassel) Irwin on Dec. 1, 1934.

Donald proudly served his country in the U.S. Air Force and was a Korean War veteran. Donald was a born-again Christian and met his future wife and love of his life, Patricia Heckathorn, at The Grand Rapids School of Bible and Music. Donald might have appeared rough on the edges, but deep down he had a kind and beautiful soul. Donald lived through the depression and knew of difficult times, yet he made time for fun, laughter, learning, and playing games no matter what the circumstances. He found good in the worst of situations. One of his passions was being a truck driver. He loved driving big rigs all over the U.S. and Canada. He also proudly worked at Ford Motor Company.

Donald was a jack of all trades with a photographic memory and 20/20 vision until his last days. When he set his mind to do anything, he got it done! Donald enjoyed sharing his love of driving, his fascination with nature, riding his Honda Gold Wing motorcycle, riding roller coasters and enjoying theme parks, playing golf, archery, fixing cars, participating in one or two bowling leagues at a time, and singing in the Michiana Lighthouse Chorus. Donald was also an avid sports fan, especially anything that involved University of Michigan football, Detroit Red Wings, Detroit Tigers, or Pro-Wrestling.

He is survived by his daughters, Wanda Irwin, of Fairbanks, Alaska, and Charlotte (Steven) Schroeder, of Arlington, Texas; and his brothers, Charles Irwin, Gary Irwin, and Ronald Irwin.

Donald will be entombed at Washtenong Memorial Mausoleum in Ann Arbor, Michigan next to his wife during a private service.

Much love and admiration go to Kim Richardson, VA Physician, Dr. George Adam, Nancy Boddy, RN, Samantha Green, RN, Helen and Kirk Mackling, and all those who helped him along the way.

Donald would ask that you share a bit of your spirit with someone else today rather than sending flowers or making a memorial donation; do something thoughtful, make someone laugh, or check on someone you haven’t heard from in a while.

Photos, memories, and condolences may be shared with the family at BrownFuneralHomeNiles.com.

Arrangements have been entrusted to Brown Funeral Home & Cremation Services of Niles.