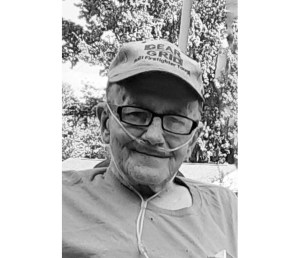 William D. Parker, 74, of Niles, passed away at his home after an extended illness.

Bill is preceded in death by his parents; and his brothers, Allen and Edwin Parker; and sister-in-law, Barb Parker.

He grew up in Sumnerville and graduated from Niles High School, class of 1964.

Bill was a Tool and Die Maker for several area companies.

Bill had a love of nature and a love of beauty. He was a talented artist on canvas as well as woodworking. His oil paintings reflected the love he had for nature. Bill enjoyed Deer and Duck hunting and fishing. He was a man of many talents. He had an understanding of electronics which allowed him to work on computers. Bill loved motorcycles. He was a patriotic man who loved his family and Sammy the cat. Bill was a Michigan State fan. Every year, he and his brothers would gather to play a round of golf.

Cremation has taken place and a celebration of Bill’s life will be at a later date.

Memorials in Bill’s name may be made to the charity of your choice or to the American Lung Association, action.lung.org/site/Donation2?df_id=31271&mfc_pref=T&31271.donation=form1

Online condolences and messages to the family may be made at habritterwickens.com.