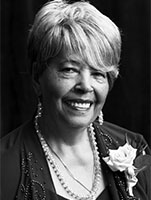 Yvonne was often described as a person who was always there for those who needed her. She was a giving person, fun-loving, a good friend and a devoted parishioner. Yvonne was the co-creator of Diet Dolls. She served as a foster parent to children in need. She enjoyed knitting, sewing, traveling and music.

Family and friends will gather at 11 a.m. with visitation beginning one hour prior at 10 a.m. on Saturday, Nov. 14, 2020, for a Mass of Christian Burial in Saint Ann Catholic Church, 421 N. Broadway St., Cassopolis. Ms. Lawson will be laid to rest beside her beloved husband, James Lawson, in Prospect Hill Cemetery in Cassopolis.

The family prefers contributions in memory of Yvonne be made to her church, Holy Trinity Catholic Church, 101 Walt Banks R., Peachtree City, GA 30269.