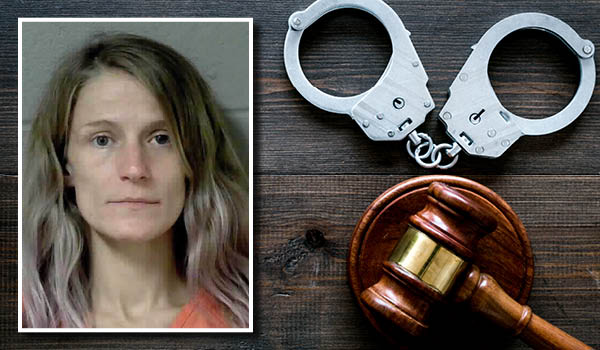 Jamie Ann Blanchard, 34, of Walnut Street in Vandalia, pleaded guilty to possession of methamphetamines and was sentenced to 270 days in jail with credit for 51 days already served and fines and costs of $1,608. Her driver’s license was suspended for six months.

She also pleaded guilty to two counts of attempted resisting and obstructing police and was sentenced to credit for 51 days already served and $100 in fines and costs.

The case dates back to 2017 when she was seen doing a drug transaction at the Four Winds Casino near Dowagiac on July 9, 2017. Police arrested her and found meth and other items in her car. She was placed in a police car but escaped temporarily.

Blanchard was scheduled to be sentenced in 2018 but failed to appear. She was arrested in August of this year when she committed new crimes.

“You’ve been using drugs since you were a teen,” said Cass County Circuit Judge Mark Herman. “You have three children but don’t have custody of them. You have very little family support, your parents used drugs and alcohol and you were removed from their care.

“This is your first felony conviction but there is the fact that you absconded for two and a half years,” the judge added. “I do agree you need some help but I don’t agree that you should get credit for time served just because the case is old.”

Blanchard apologized to the court.

“I apologize for my actions. I want to become a better person for my family,” Blanchard said.

Shena Roshelle Ware, 34, of South Bend, pleaded guilty to possession of meth and possession of a dangerous weapon as a habitual offender and was sentenced to 180 days in jail with credit for 91 days already served. She must pay $1,616 in fines and costs. Her license was suspended for six months with a restricted license allowed after 30 days.

The incident occurred on Aug. 14 when police stopped the car where she was a passenger on U.S. 12 near Cassopolis Road in Edwardsburg. Police found meth as well as brass knuckles and a machete in the car. She initially gave a false name to police to avoid being arrested.

Ware said she hopes to enter a treatment program in South Bend after clearing up a bench warrant out for her in Elkhart County.

“I’m really sorry, I’ve hit rock bottom and I want to get on with my life,” she said. “I don’t want this life for myself.”

“You said that at this point in your life you are over using drugs,” Judge Herman said. “You said you are tired of going to jail and ashamed of what you have become. Obviously, if you don’t give up drugs, you’re never going to have anything, and you’re going to keep going to jail. It sounds like you’ve come to the realization that you have to change your life.”

The judge noted that Ware would be going to prison if not for a sentencing agreement between the prosecutor’s office and her attorney.

“Appreciate that you’re not going to prison today,” he said. “But the next time you are before the court, it will probably mean prison for you.”

Brittany Nichole Bond, 28, of Hill Street in Dowagiac, pleaded guilty to possession of methamphetamines and was sentenced to two years’ probation, 150 days in jail with credit for 91 days served and fines and costs of $2,268. Her license was suspended for one year and she can get a restricted license after 60 days.

The incident occurred Aug. 14 when police stopped the car she was in at the Dowagiac McDonald’s. Police found drugs and weapons in the car.

“You need to straighten life or spend more time behind bars,” the judge said. “Drugs and weapons are not a recipe for success.”

• Stephanie Lynn Cory, 36, of Johnson Street in Cassopolis, pleaded guilty to resisting and obstructing police and domestic violence and was sentenced to 18 months’ probation, credit for 85 days served and $2,448 in fines and costs. The incident occurred April 24 in Cassopolis.

• Marc Loyd Parsons, 36, of M-62 West in Cassopolis, pleaded guilty to possession of meth and was sentenced to 18 months’ probation, credit for three days served and $2,148 in fines and costs. The incident occurred July 1 on U.S. 12 near Fir Road in Milton Township.

• Christopher Allen Smith, 28, of South Bend, pleaded guilty to possession of meth and was sentenced to 18 months’ probation, credit for 91 days already served and $1,548 in fines and costs. The incident occurred Aug. 14 in Edwardsburg.