On Oct. 23, 1982, he married the love of his life, Vincenza Holmes. They worked together for more than 30 years, driving a semi truck and trailer, all over the U.S. Ronald enjoyed working on his home. He was a true fan of Notre Dame and the Cubs. He enjoyed racing of all sorts, especially going on trips with his brother-in-law, George, and father-in-law, George. His hobbies that he enjoyed were camping, fishing and hunting. 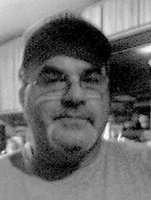 Memorial contributions in his memory may be directed to a hospice of the donor’s choice.

Funeral Services will be held at 1 p.m. on Friday, Nov. 6, 2020, at Brown Funeral Home in Niles, visitation will begin one hour prior to the service. Burial will follow at Mission Hills Memorial Garden.

In keeping with the COVID-19 guidelines, the state of Michigan requires all in attendance to follow all guidelines including, social distancing, mandatory mask and sanitizing. Attendance in the Funeral Home will be limited. We appreciate your assistance in helping us to keep everyone healthy in attendance.