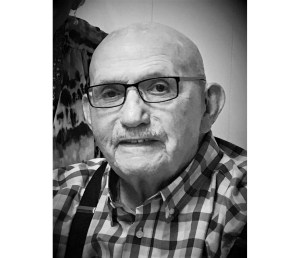 A celebration of life service will be at noon on Friday, Sept. 11, 2020, at Clark Chapel, 405 Center St., Dowagiac with Pastor Greg Campton officiating. Friends may visit with the family from 11 a.m. until the time of service at the funeral home.

In lieu of flowers, memorial contributions may be made to the Wayne Township Fire Department. Friends wishing to leave the family a message of condolence may do so at clarkch.com.

Michael was born Jan. 2, 1939, in Dowagiac, the second son to Michael and Edith (Sibley) Krager. He and his brother and seven sisters worked the family farm, and as a younger man, he worked for other local farmers as well.

In high school, he met the love of his life and sweetheart, Sally Page, who he married on June 27, 1959, in Dowagiac.

Michael worked as a tool and die maker starting his career at Rudy’s in Dowagiac and then retired from Bosch in St. Joseph. He was never one to sit still. Early in his life, he had a dump truck and bulldozer, then he later started his own lawn service, mowing Wayne Township cemeteries and numerous other lawns.

He inherited the township’s sexton and groundskeeper job from his father and continued to work for the township for many years. Michael also put in piers on Twin Lakes and put in and took out pontoon boats for people. He was a board member for Fruit Belt Electric for many years, and also on the Wayne Township Board as a trustee. He was also appointed as the township’s cemetery manager. Michael was a firefighter and emergency medical technician for the Twin Lakes Fire Department and Ambulance Service, and he was also one of the original firefighters for Wayne Township Fire Department.

Family was very important to Michael. He was the patriarch of the family. He made sure to keep the family together by continuing the Krager family reunions and hosting the annual Christmas party. Michael also wanted to keep his siblings close, he and his sisters would get together once every week to have breakfast. Michael enjoyed trips to Jamaica with his family where he enjoyed his “therapy” by walking the beaches and where he was known as “Iron Mike.”