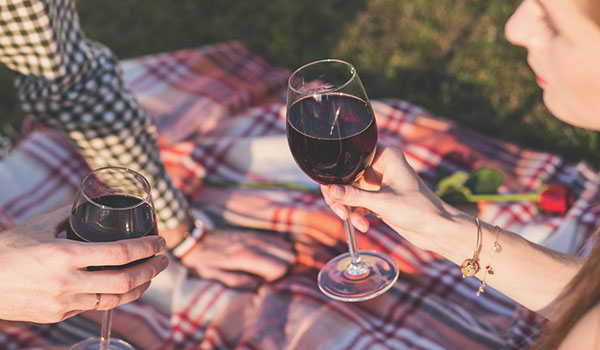 NILES — Adults will soon be able to look forward to enjoying a beer or cocktail while walking through downtown Niles. The beverages allowed will be purchased from specially licensed establishments, and will couple the drink with a designated, one-time use cup for patrons to leave with and enjoy outdoors.

On Monday evening, Niles City Council members voted 7-1 to allow the Niles Main Street/Downtown Development Authority to move forward with the process to create a social district in downtown Niles.

The city council heard comments from residents, members of Niles Main Street and hosted discussion amongst themselves in the regular, public, virtual meeting.

The measure garnered a “yes” vote from all city council members except for the first ward’s Georgia Boggs.

Lisa Croteau, director of marketing and administration for the Niles Main Street/DDA, participated in the meeting last night along with other DDA members, Justin Flagel and Charlie Spilman, who have worked on researching and putting together the proposals for a Niles downtown social district.

“It’s not about giving people a place to drink,” Croteau said. “It’s about having this be an added amenity when people come to town to allow them to wander and explore. They might find a business they didn’t know was here that might become their favorite place once they find it.”

The social district is a broader space defined by the city, where a common area may be established to consume alcoholic beverages in marked cups from specially licensed restaurants and bars may be consumed by adults 21 years of age and over. The social district will be subject to designated dates, times and areas that include specific signage.

“With this adoption of the resolution with the social district, I think it would be wonderful if we knew that people knew how to act,” Boggs said. “When you are drinking, it is hard to reason with people who have overdone it with alcohol.”

She expressed she hoped the plan could have been structured differently.

Niles resident, Madilyn Crocker, called into the meeting last night to express her opposition to the resolution.

“I’m appalled that this city is allowing the drugs and alcohol they are allowing nowadays,” Crocker said. “We don’t need this. I would bet 90 percent of seniors do not approve of this or know about this meeting. We’ve got to do better for our kids.”

Flagel and Croteau presented their findings from discussions with community members and leaders in other locations around the U.S. that have allowed for social districts they said the rate in calls and issues remained the same as before the social districts were put in place.

Croteau said the DDA still has work to do, but said as of Tuesday morning, there were eight cities in the state of Michigan that had already adopted social districts. Niles will be joining Battle Creek, Kalamazoo, Grand Rapids, Adrian, Lake Orion Village, Belleville, Gross Pointe Park and Northville, according to the Michigan Department of Licensing and Regulatory Affairs Liquor Control Commission.

Council member Jessica Nelson, fourth ward, said she had initially been against the addition of alcoholic beverages being added to options at the Wonderland Theater. In 2015, the theater introduced beer and cocktails to its menu and offerings to adults 21 and over.

“When the owners told me they were going to add alcohol, I was appalled,” Nelson said. “I thought it was a horrible idea to bring into a family environment, and I am a very liberal person. I’m telling you this story to tell you that I understand the concerns of our citizens because I had them too. When we added this as an offering [at the theater], nothing bad happened. People are responsible, and there was a two-drink limit.”

Restaurant and bar owners downtown reacted to the vote on Tuesday morning.

“I think it’s fantastic,” said Jim Morris, owner of Jim’s Smokin’ Café, 220 E. Main St., “I’ve talked to people from outside of town who think it’s really cool. I suspect it will bring more traffic to downtown than people who are just driving through. They’ll want to check things out.”

Morris’s restaurant does not hold a liquor license. He felt the ability to host people who had bought the designated beverage to enjoy with his food was “going to be a bonus.”

“We think it’s a great opportunity to set Niles apart from other towns in the area,” Howard said.

Laura said she was impressed with the creativity and forward thinking the city was working through.

“Especially right now during the COVID-19 pandemic. This is a great opportunity to bring more visitors to Niles and highlight all of the great businesses here,” she said.

The Tuthills said they were excited to work on some new cocktails to celebrate the social district’s kick-off.

Sarah Brittin, owner of Pizza Transit, 215 E. Main St., said she was excited about the social district vote.  Pizza Transit does not hold a liquor license.

“I am excited that my guests could bring in a drink from one of our local bars,” Brittin said. “We are becoming a food and drink destination, and I think this a great way to showcase that and have people enjoy more than one establishment when they are downtown.”

Bryan Williams, owner of The Brass Eye, 205 N. Second St., was happy about the measure as well. The Brass Eye notably converted its business during the COVID-19 shut downs to a bottle shop. He said it gives him another option to consider, possibly offering to-go cocktails during designated times from his business.

Williams is chair of the DDA, but said his input was more from that of a business owner who would be partaking in the social district licenses.

“This is going to be a lot more casual than some of the concerns expressed lean toward,” Williams said. “I think when people hear open container on the streets, they immediately envision Las Vegas and Bourbon Street. It’s not the open container that gives those streets the party element. It’s the fact that those streets are covered in night clubs and bars. I don’t think any of us want that.”

As the Niles DDA moves forward with the resolution, Croteau said she will be submitting it to the state to be added to approved social districts. After that, businesses can apply to the Michigan Liquor Control Commission for the special liquor license required to be a part of the district.

“They can bring that back to us, and put it together with a whole packet that includes logos, hours, days, signage, and the rules and regulations as to what is going to be expected within that district,” Croteau said. “In all honesty, it will depend on how fast MLCC gets back with the businesses with the special district license. That will depend on if we are going to make it to the next city council meeting or not [to move the social district into opening.]”

BERRIEN SPRINGS — Though the Berrien County Youth Fair was canceled this year due to the COVID-19 pandemic, its organizers... read more