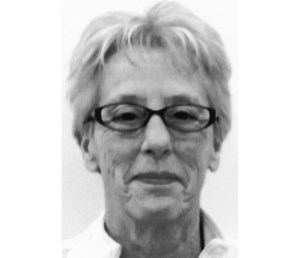 Attending St. Mary’s Church and elementary school had a profound effect on Kathy. She credits the Church and the school in helping her and her family through many difficult times.

She graduated from Niles High School with the class of ‘65.

Kathy earned her bachelors and master’s degrees in elementary education from Western Michigan University. She taught in the Niles Community Schools for 30 years with ten year stops at Howard, Ballard and Ring Lardner. She may not know it, but she touched the lives of many. Kathy retired in 2000.

On May 7, 1988, she married Doug Kile, in South Bend. In retirement, she and Doug moved to Green Valley, Arizona for several years. They attended the Historic San Xavier Mission Church in Tucson, Arizona for Mass every Sunday, which was a true blessing.

They returned permanently to Michiana in 2009. She and Doug traveled through to almost all 50 states including a trip to Hawaii, an Alaskan cruise and more recently a road trip to Cody, Wyoming this last summer.

Kathy was a huge supporter of Niles High School boys’ basketball where her son, Todd Pawielski, both played and later coached the Niles Vikings for several years. She and Doug spent many a night rooting on the Niles Vikings. She loved the University of Notre Dame, particularly the football and basketball teams. She worked at the Hammes Notre Dame Book Store for several years during football season which she truly loved and enjoyed.

She was a great friend to many with her big heart, vivacious personality and beautiful smile. She cherished the love, comfort and support from her family and was blessed to see the weddings of three grandchildren as well as two graduations. She enjoyed lunches with friends and monthly dinners with her family.

Kathy was a member of the O’Brien Fitness Center in South Bend where she worked out religiously. She also enjoyed peaceful walks during the summer months. Traditional holiday dinners included making sure your drink was filled or offering yet another helping of dinner or dessert. After dinners, the family was fond of playing euchre, card bingo, tripoly or dominoes.

Kathy’s journey began in December of 2015 when she was diagnosed with ovarian cancer. Loving her family and the people around her and after a five-year effort to triumph over this disease, she would always say this cancer has an “attitude.”

Kathy expressed her appreciation for the professional care and support she received from Dr. Robin Zon and the many nurses at Michiana Hematology Oncology many times. A special thank you to dear friend Anita Culp and Kathy’s chemo buddy Karen Hiatt for their support. The unconditional love and exceptional care she received from her husband, whom she called “Saint Doug,” meant everything to her. Last but not least, their black and silver miniature schnauzer, Rudy, who was always by her side.

Kathy was preceded in death by her parents, John and Marguerite Maddox; two brothers, Don and John Maddox; and sister, Margaret Maddox; a niece, Julie; a nephew, Jon Jr.; and his son, Seth.

Services for Kathy will be on Tuesday, July 28, 2020, at St. Mary of the Immaculate Conception Catholic Church, 207 South Lincoln Avenue, Niles.

Visitation is from noon to 2 p.m. The Mass of Christian Burial will be celebrated at 2 p.m. by the Reverend Christian Johnston of the parish assisted by Deacon Roger Gregorski.

Committal rites will follow at the graveside in Calvary Cemetery in Niles.

Those who prefer to witness the ceremony via the livestreamed broadcast may do so on the Halbritter-Wickens Facebook page: facebook.com/halbritterwickensfuneralservices/.