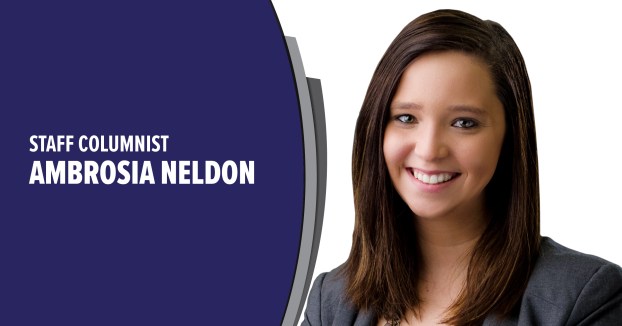 At this point, we have all more than likely seen Cassopolis — and more specifically, Diamond Lake — in national headlines this week.

Everyone from your local newspaper and television station to the New York Post and even the governor herself have highlighted the July 4 celebration at Diamond Lake Sandbar, which is now facing charges and being investigated by the Michigan Attorney General.

Many were disgusted by the news of a large amount of people crammed into the small sandbar, blatantly disregarding guidelines to social distance and wear face coverings to mitigate the spread of COVID-19. Many others were displeased that Diamond Lake received such attention, stating that many other communities were likely celebrating the holiday in similar fashion.

For the purposes of this column, I won’t belabor the point of whether the scrutiny the sandbar and those who attended the party are facing is justified.

I would, however, like to address a point I have seen made multiple times, that the media only picks on small towns when there is bad news to share.

Just as it is no fun to report bad news in our own town, it is no fun when our towns make national news for negative stories. In the time I have worked with Leader, the towns we cover have made national news over a stabbing on an Amtrak train, a carbon monoxide tragedy and multiple murders, among other stories. Every time, there is an odd pride that comes from seeing your hometown on such a large scale, typically accompanied by a sense of shame or frustration because the single event is not representative of the town itself.

But let’s not forget, our small towns have been put on the map for many positive reasons, both historically and recently.

Just this week, Buchanan was recognized as a finalist in Reader’s Digest’s “Nicest Places in America” contest. Later this month, Janel’s Industries, formerly in Cassopolis and currently in Dowagiac, will be recognized among the 50 Companies to Watch in Michigan.

Niles was featured in the New York Times in 2017 for the Hunter Ice Festival. In 2015, Cassopolis made national news when openly gay United Methodist Pastor Benjamin Hutchison was terminated by the Methodist Church due to his sexual orientation and responded by marrying his longtime partner on the courthouse steps. I was honored to stand next to reporters from the Detroit Free Press, MLive and even CNN as we documented the historic event.

No matter how small we feel our towns are, it is important to remember that each of our communities have claim to fame for positive reasons, whether for people who were raised here or for work we have done. Dowagiac is known nationally for Beckwith stoves, Heddon fishing lures, famous journalist Webb Miller and Olympian Chris Taylor. Cassopolis was home to Ed Lowe, the founder of kitty litter, and contained stops on the Underground Railroad. Niles was home to famous sports journalist Ring Lardner, was a second home for Muhammad Ali, and has long been lauded for its large community events, like the Apple Festival and Hunter Ice Festival.

Yes, it stings when the spotlight taints our region’s image, but every now and then, it shines a positive glow.

As we move forward from this recent national attention, it is important we remember that no matter how small our towns are, we have the power to make a big impact.

Dan VandenHeede is running on the Democratic ticket for State Representative, 78th District. To say that Dan is civic-minded is... read more