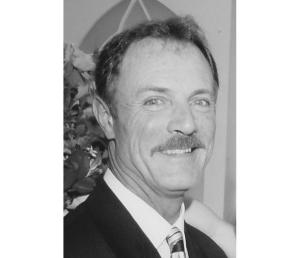 Alan B. Marquardt, 64, of Niles, passed away unexpectedly on Tuesday, July 7, 2020, at Lakeland Hospital, in Niles.

He is preceded in death by his father, Ben.

Al was the best kind of husband, son, father, brother and grandfather (Papa) anyone could wish for. Those who were privileged to know him witnessed his kindness, sensitivity, humor and love on a daily basis.

Al enjoyed the simple things most of all. He loved fishing with his best buddy Andy, working in the yard, and the Thursday Night Poker group (20 plus years, even on Thanksgiving) was legendary.

He was employed at Schrader Steel Fabrication for many years and had numerous friends there.

He loved spending time with his family, and it was a given that every year he would be at the Apple Festival with the wife, kids and grandkids.

He will be sorely missed by his family and friends and his fur babies.

You will never leave our hearts, my baby.

Funeral services for Alan will be at 1 p.m. on Tuesday, July 14, 2020, at Hoven Funeral Home, Buchanan. Visitation will be two hours prior to the service. Burial will follow at Mission Hills Memorial Gardens. A gathering to celebrate his life will follow-details will be announced the day of the service. Online condolences may be made at hovenfunerals.com.