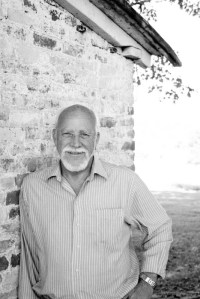 After high school, he joined the Army in 1971, then married the love of his life, Gail in 1972. During his 22-year career as an Airborne Paratrooper, Mr. Wiggins was assigned to ARSOFE (Army Special Operations Europe) in Bad Tölz, Germany, then from 1989 to 1993 he was assigned to ARSOC in Fort Bragg, North Carolina where he retired. He also, proudly served in Operation Desert Shield and Operation Desert Storm in 1991 and 1992, along with his son.

In 1993, he started a career as an Over the Road Truck Driver. He served as a Terminal Manager for Hornady Trucking for more than eight years in Elizabethtown, Kentucky, and was a dedicated driver for W.R. Grace/Keenan Advantage in Indianapolis from 2001 until his passing. His CB handle was “Joker,” and those who knew him, knew he was a Big Jokester. Harold and his belated wife Gail, had a deep passion for Bluegrass Music, RVing and Cruising.

In his past-time, he enjoyed wood-working and spending quality time with his family. He also enjoyed shooting darts at the VFW, where he was a lifetime member of VFW Post #10281, Vine Grove, Kentucky. He valued a person by their work ethic and was prideful of his children and their successes, whether it was great or small.

Funeral services for Mr. Wiggins will be at noon on Friday, June 26, 2020. Burial will follow at the North Hardin Memorial Gardens, Radcliff, Kentucky, with full Military Honors.