Those wishing to leave an online condolence may do so at swemchapel.com.

Arrangements have been entrusted to Swem Chapel and Cremation Services. 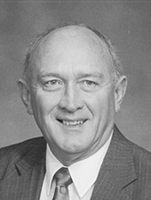 He graduated from Magnolia High School in New Martinsviile, West Virginia. He then continued his education at Anderson University where he earned his bachelors in arts and then a master’s in education. This is where he met the love of his life Jacquelyn Becraft whom he married on July 6, 1957, in Mt. Sterling, Kentucky, at the First Church of God. He also earned his Ed. D. at Indiana University-Bloomington. Through the University, he was sent to South Bend, Indiana, to start the special education program at Indiana University-South Bend, where he was the head of the department for more than 25 years.

John enjoyed hunting, boating, fishing and riding his motor cycle. He also liked to travel up north to Baldwin with his family where they would ride their snow mobiles.

Most of all, he loved to spend his time with his family.

John was preceded in death by his parents.

Richard Colby, 77, of Kalamazoo, passed away May 24, 2020, after battling pancreatic cancer for one and a half years.... read more