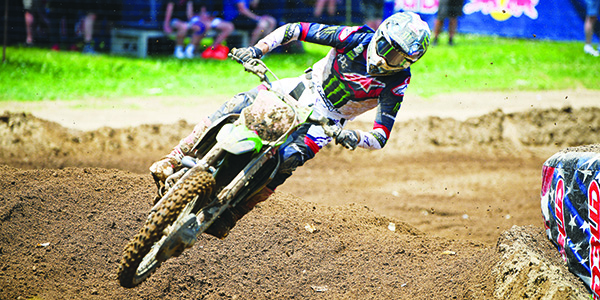 MX Sports announced that the RedBud National scheduled for July 4 has been postponed. No new date has been announced. (Leader file photo)

BUCHANAN — While the Monster Energy Supercross Series announced Wednesday its seven-race schedule to wrap up its 2020 season, MX Sports did not release any information about the Lucas Oil Pro Motocross Championship as was expected.

MX Sports is the organizational body of the 12-round Lucas Oil Pro Motocross Championship Series.

While information was sparce, race leadership team did announce they continue to work on a revised schedule.

“It is the intent of organizers to conduct the events with fans, which requires elevated social distancing protocols,” organizers wrote in a press release. “The phase-in plans for the resumption of large gatherings continue to evolve from state to state, with some states having clear guidelines and others not so much. Event organizers continue to work with their local and state officials to develop a suitable timetable for their national event, but the situation is changing rapidly.”

MX Sports also said that the RedBud National in Buchanan will not be hosted on July 4 as planned, nor would it be the opening race of the series. Representatives said Michigan’s strict measures dealing with COVID-19, including its stay-at-home order, made it impossible for the season to open at RedBud.

Original plans by MX Sports were to host an 11-race season that began in July and wrapped up in October. However, due to restrictions on mass gatherings in states like Michigan, Washington, California and New York, those tracks may be taken out of the mix.

This is a developing story. Check leaderpub.com for further updates and the latest breaking information.

NILES — The all-time leading scorer in Niles girls basketball has decided to continue her academic and athletic career at... read more