John Monaghan, 66, of Diamond Lake, Cassopolis, formerly of Edwardsburg, passed to his rest April 19, 2020, at his home, surrounded by his family. 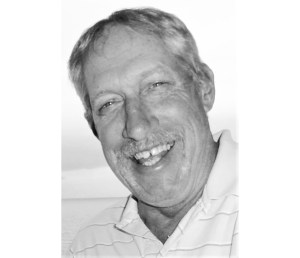 John was born April 14, 1954, in Northport, Michigan, the son of George W. and Therese (Schumacher) Monaghan and moved to Edwardsburg in 1961.

After graduation from Edwardsburg High School in 1972, John attended Michigan State University for a year then traveled around Europe with his brother Bill for several months.

He went on to serve in the U.S. Army, stationed in Baumholder, Germany and was honorably discharged in February of 1979.

John began his career working for the Village of Edwardsburg in 1979 as the Street Superintendent. In 2013, John earned his Michigan DEQ certification as a waterworks system operator and then became the Water Superintendent for the village. He retired from Edwardsburg in 2019.

Through the years, John coached Cassopolis Optimist Youth Soccer, served on the Diamond Lake Association Board of Directors from 2001 to 2018 and also served his neighborhood association for 28 years.

He was actively involved with the annual Fourth of July fireworks display at Diamond Lake for more than 25 years.

In the early years, he was one of the volunteer crew that set off the fireworks. He took great pride in participating in this annual tradition.

John will be greatly missed by family and friends. He is survived by his wife, Sue, of nearly 40 years; two daughters, Anna (Matt) Matulewicz, of Cassopolis and Jennifer (Korey) Bloss, of Vandalia; as well as four grandchildren, Cameron Matulewicz, Maxwell Matulewicz, Kaylee Bloss and Lucas Bloss. He is also survived by three sisters, Cathy (Frank) Imbrie, of Rockaway Beach, Oregon, Peg (Dan) Shannon, of Denver, Colorado and Maura (John) Wieczorek, of Edwardsburg; and one brother, Tim (Jean) Monaghan, of Edwardsburg.

Cherished family members also surviving John are his aunt, Marilyn Schumacher, of Edwardsburg; and several nieces and nephews living near and far.

John was preceded in death by his parents; brother and sister-in-law, Bill and Heidi (Ross) Monaghan; and his aunt, Rosemary Schumacher.

John loved spending time with his grandchildren and attended all of their activities. He especially enjoyed the family time together boating and swimming at Diamond Lake. Golf, camping and traveling were other activities that he thoroughly enjoyed doing with family and friends. No matter the season or sport, John would be faithfully cheering on the MSU Spartans.

Due to the coronavirus pandemic, a celebration of John’s life will be at a later date.

The family prefers contributions in memory of John be made to Caring Circle/Hospice at Home- St. Joseph, 4025 Health Park Lane, St. Joseph, MI 49085.

Arrangements have been entrusted to the Paul E. Mayhew Funeral Home, Edwardsburg.