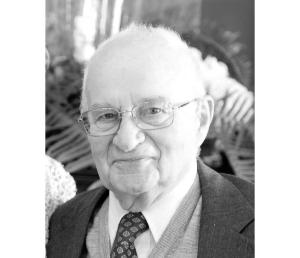 He attended school at Vejlefjord Adventist Academy in Vejle, Denmark, where he met his wife, Inga, in the throes of German occupation during WWII. He married the late Inga Jorgensen (ne. Kofoed) in 1948. They departed Denmark for Canada in 1951. Upon arriving in Canada, Svend attended and graduated from Canadian Union College in Lacombe, Alberta. After obtaining visas to live in America, they moved to Takoma Park, Maryland where Svend graduated from the Seventh-day Adventist Seminary. He later attended the University of Chicago, obtaining a graduate degree in Philosophy.

Svend worked as a mathematics teacher in Park Forest, Illinois, and he and Inga raised their family in nearby Chicago Heights. After taking early retirement from teaching, he moved his family to Dowagiac. In Dowagiac, he worked as a rental property owner and house painter, and took up gardening in his free time.

A devoutly religious and profoundly spiritual man, he enjoyed an intellectually stimulating life, possessing wide knowledge of literature and theology, most enjoying himself reading about and discussing philosophy, theology and religion. He volunteered and taught the Bible at local jails around the area.

He was preceded in death by his wife, Inga Jorgensen; parents, Ejnar and Anna (ne. Larsen) Jorgensen; step-mother, Henny Jorgensen; and his brother, Vagn Jorgensen.

Arrangements are entrusted to Clark Chapel in Dowagiac. Those wishing to share a memory of Svend online may do so at clarkch.com.